The politically-charged yet dazzling 2016 Award season is officially a wrap which means we’re looking back and handing out our awards for best-in-hair on the red carpet! Although many made a statement by not turning out to some of the major shows, we were still quite impressed with this year’s creativity.

Pictured at the 58th Grammy Awards

Hands downs, Zendaya Coleman gets the award for pushing the envelope with this mullet-pixie-bowl cut hybrid. Talk about business in front and a party in the back. This girl really isn’t afraid to go there and loves mixing it up.

Singer Janelle Monae and actress Keke Palmer are tied for showing out with their HUGE look-at-me braids! Keke stunned last year with her pixie cut but shows this year that there are still creative ways to work with short hair (and shaved sides to boot).

Empire star, Serayah and Queen Latifah both beamed in their understated sleek shoulder-length dos. Latifah went with a side part, subtle flip and her signature color, while Serayah opted for center-part and slight curl under.

Actress Regina King and singer Andraya both take the award for best homage to old Hollywood! Both hairstyles, very similar in architecture are sculpted to perfection!

Award-winning actress, Laverne Cox stands alone in this category with her immaculate and wispy curls. She wins for the right mix of length, volume and color! This might just be our favorite look! #Slay 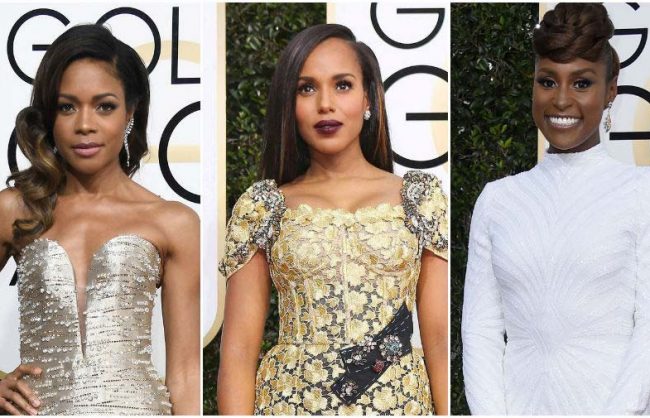 Our Favorite Hairstyles on the 2017 Golden Globes Red Carpet 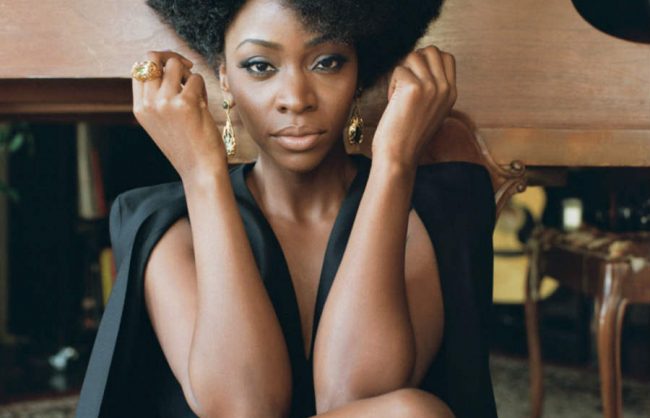