You Never Knew You Could Do This With Two Cornrows

Feed-in braids, also known as French braids or boxer braids (a controversial term fueled by celebrities and female UFC fighters) have been worn by black women for ages, and now we’re seeing a resurgence of the classic hairstyle, featuring two-braid variations. Feed-in braids are essentially cornrows that have extra hair (real or synthetic) fed in little by little so that there’s less hair at the top than at the bottom of the braid—they’re also great for added length. (By the way, this line of pre-bundled braiding hair is great because all the hair you need is already pre-packaged for you) For reference, take a look at the typical two-braid style before we delve into variations. Influencers and celebrities like Hannah Bronfman have been seen sporting the two feed-in braid style, making them even more popular. Their low-maintenance appeal is great for hanging at the beach, running errands, and exercising—or wherever you want, really. (Shout out to our mobile stylists for doing Hannah’s braids shown below).

Images via, via, via

With the terminology clarified, let’s see how this seemingly simple style that actually be worn in many different ways. Here we’ll focus on five variations that add a little flare of creativity to your hair.

A unique look where the hair is parted along a deep curve and each section is braided around the head and joined together at the back. This shouldn’t be hard for your stylist to pull off with just the curve of a comb.

Here at Un-ruly, we try not to take ourselves too seriously, and that’s why we love this playful take on feed-in braids with curly hair added to the ends for a more youthful look. This style is great for kids, too!

Images via, via, via

Add Smaller Cornrows to Your Braids

Talk about maximizing your real estate! See how these smaller cornrows have been added to the sides and in between the two larger braids for a more intricate style.

Here’s a similar variation by Filthy Rich Tresses, in which two narrow cornrows stripe down the middle of the head:

Stitch braids are similar to cornrows but the slight difference lies in the braiding technique used. A stylist uses their pinky finger and nail to create the sharp, graphic lines seen here.

Spice up your look by adding some color to your feed-ins. Try braiding in a funky color like pink or gold, or opt to dye your hair one color for an even bolder look. The choice is yours.

Now that you know what feed-in braids are and how to style them, give them a try and leave a comment for us below. 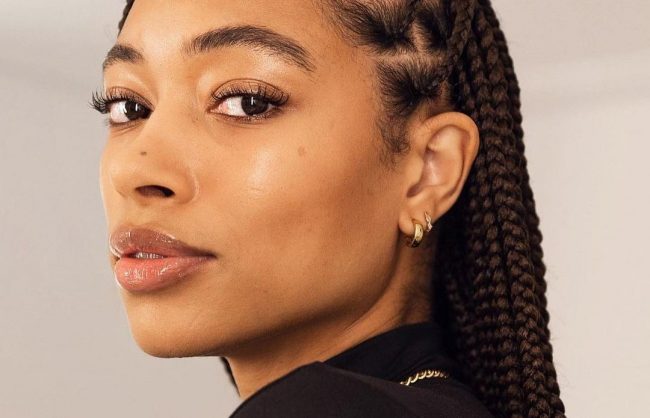 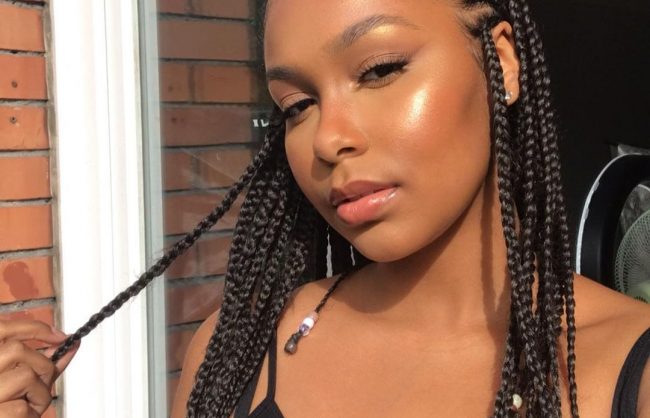 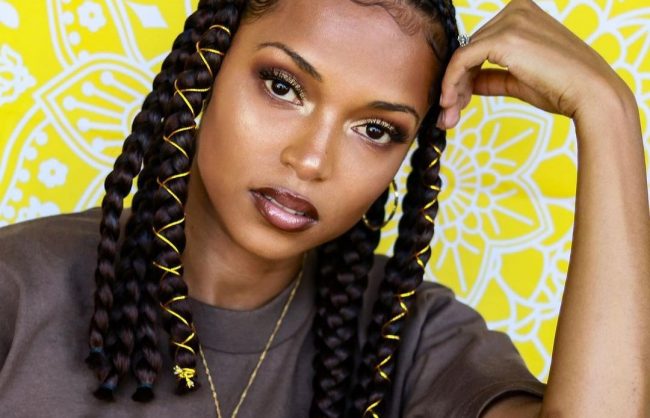 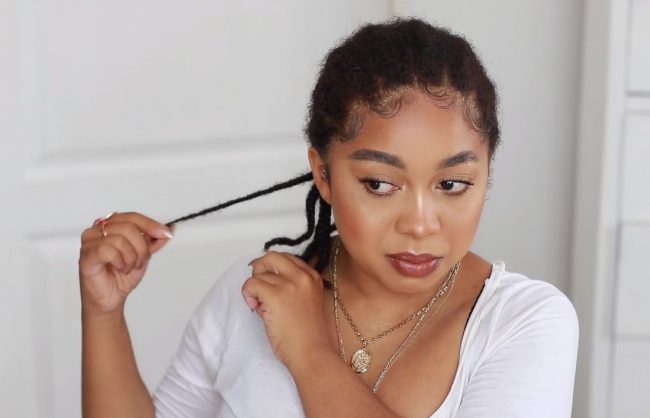 Have you heard about cornrow growth regimens?