I recently discovered a new web series called An African City. It’s basically a Ghanian version of Sex and the City—a set of five successful women tackle life and love in a bustling metropolitan. It has a few of the same archetypal characters, an opening and closing voice over by it’s lead character, amazing fashion and each episode leaves you with something debatable or relatable. 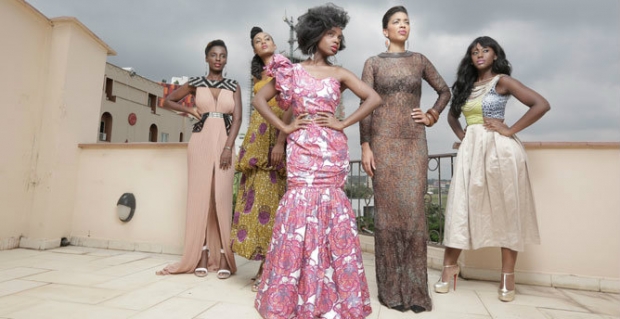 The characters of An African City
From left to right: Zanaib, Ngozi, Nana, Makena, Sade.

Despite the shows similarities to Sex and the City, the backdrop of the show being Accra, Ghana and not the Big Apple, and the women being Black does set the show apart from its role model. First, when it comes to hair and makeup, it’s great to see five Black women of varying skin tones wear different looks. They serve as make up inspiration, showing the possibilities of color palettes each can wear. They also serve as hair-spiration. I love that the full range of Black hair is shown on the show: Nana (the lead) where’s her hair short and natural; Zainab is also natural but a little longer with a touch of a copper brown hue; Sade (the Samantha like character) rocks a banged weave; while Ngozi is in braids and Makena usually wears her hair straight.

I love the bits of hair talk (i.e. a man pulling on Sade’s weave in bed) that make its way into the dialogue. There’s even a salon/hair braiding scene that you wouldn’t typically find in a “main stream” show. Little touches like that really pull the stories closer to a Black viewer. Additionally, I especially love all the elements that are typically part of an African experience. The girls mention things like “flashing” in the show (calling someone and only letting it ring once because you don’t have enough phone credit); the electricity randomly turning off and water being supplied through water tanks. I experienced all of those things when I was last in Nigeria (a really long time ago). Having lived in America/Europe for so long there have been very few people that I an riff with over little “African-isms” like that. Like the characters of the show, I’m an African raised abroad and I’ve found that even having lived in America for most of my life, there are still certain things I can’t identify with. I found I mostly identify with my siblings and cousins, who too are Africans abroad and know what it’s like to experience a Western culture at school or work and a Nigerian one when you come home and eat pounded yam. It hadn’t, however, fully registered to me that outside of my family there are a TON more people with that type of African immigrant experience, and this show is highlighting that. So for that alone, I’m a huge fan.

The creators are Nicole Amarteifio and Millie Mony. And the show is directed by Dickson Dzakpasu. Nicole and Millie recently spoke at length to Ebony about the segment the show represents, especially in response to criticism that the show doesn’t portray most women in Africa or Ghana, at that. “Doesn’t every show only show a ‘certain segment’?” responded Mille. Nicole elaborated:

For so long mainstream media has shown the African woman as one who has HIV, living in poverty and needs to be educated about maternal and child health. That has been the reoccurring visual of the African woman. I want to change that.

…Yes, in a continent of 54 countries, there are going to be African women of all shades, ethnic groups, classes, languages. But what about where we are one? As an avid viewer of Sex and the City, I could sometimes relate simply because of my sex, because I am woman. As a lover of both Girls and Girlfriends, I connect on the basis of my femininity. 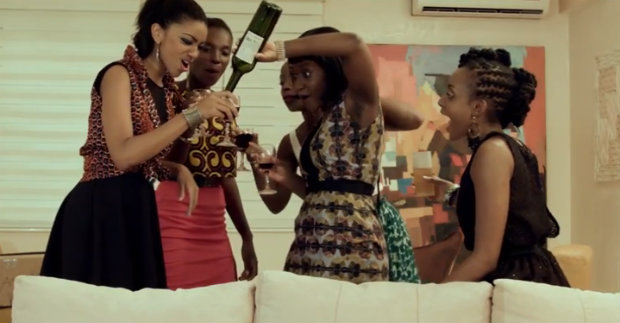 Season one of An African City has ten episodes with a new episode released each Sunday. Seven have aired so far. I’ve watched the first three and will definitely be binge watching the rest. (Check out the latest episodes below).

We’re also dedicating this week’s hair-spiration to An African City, highlighting our favorite looks from the first three episodes.

2 thoughts on “un’covered: an african city”