– As told to Antonia, edited for clarity

I had the pleasure of meeting Fredamily in Milan a few years back, when I was working on our documentary series Pretty. She wasn’t one of the women I had gotten in touch with beforehand and scheduled to shoot. A friend and I happened to be sitting near her in a restaurant in Navigli and thought she’d be perfect to include in the series. Long story short, I ended up interviewing her the next day and I’m so happy I did. Fredamily’s one of those people who just radiates. She has this lighthearted, even silly energy that’s contagious and she’s a smart cookie to boot. So I’ve been wanting to share more of who she is and her experiences. (It’s just taken me a few years to actually publish this (don’t ask)). Here, I specifically, wanted to learn more about what it was like becoming a black model in Italy, because inclusiveness exists on a spectrum and some parts of the world are more or less inclusive than others.

You and your family moved to Italy when you were young. Were there any challenges in moving from the Domincan Republic to Italy?

Well, as mentioned in my episode of “Pretty,” both my parents are Dominican. But they divorced when I was about three, so I’d say that my mother is my only real family. I don’t remember how it happened because I was little, but it was summer 2000 and we came to Italy from Spain because my mom was studying there for her second Master’s degree, and she won a scholarship to do another Master’s program here in Milan, so we came.

The difficulties in moving here were more on my relationship with her than on an economical or cultural point of view. I absorbed the culture and the language very quickly. I remember those years as though they were my whole childhood. It’s as if everything that had come before my arrival had been wiped out. The most challenging moment was realizing that I was different even if though I felt like all the other Italian children. This is still a problem for me.

The most challenging moment was realizing that I was different even if though I felt like all the other Italian children.

How and when did you decide to pursue modeling?

When I was in primary school and then in middle school I was in the group of the “losers” or nerds. Honestly, I wasn’t a cute and beautiful girl. I wore these horrible red rounded glasses and my mother still styled my hair. I used to wear strange clothes but I remember that I liked them a lot, so I didn’t care about what other people said. My dream was to be a fashion designer so I thought being a model could help me to enter in the fashion industry. Initially, I wasn’t really interested in being a model. I called a lot of agencies but I wasn’t (and I’m still not) tall enough and I would obsess about that. Puberty didn’t help because I became better looking but I became less self-confident.

At 14 I bought my first Reflex camera, Canon 1000D, in order to make self portraits. No-one wanted me as a model so I began modeling for myself.

Did taking pictures of yourself help build your confidence and if so, how did it help?

Absolutely, yes! It helped me to see myself in a different way, finding my pros and cons and dealing with them.

When you create a self portrait (that has nothing to do with a selfie), you are building the set by yourself and setting up the way you want to be photographed. So you really need to know what you want to do and how to do it. I wanted my pictures to look like real editorials made by a real photographer, but most of all I wanted to look like a real model, and in some of them I achieved that.

Who was one of the first people to give you a chance as a model?

The first real chance was given to me by a photographer who was looking for a girl for a Canon website, Paolo Neoz. He needed someone expressive to for portraits he was working on, so he called me. I then started my career as a freelance model. I did lots of great shoots but I really wanted to get into an agency.

In 2014 I did a shoot with Claudio Vignola; we did an artistic nude I’m in love with. He showed the editorial to an agency and they liked me! I was so happy! He helped me a lot and believed in me and I’m so grateful.

What was the best modeling experience you’ve had in Italy?

I worked for this amazing female photographer for an editorial for Stories Collective Magazine with three different kinds of black beauties. It was nice to see different kinds of blackness and I loved the team. This experience was special not because of the pictures or the importance of the magazine, but because I felt so good. I remember that day as the happiest day on set and that doesn’t happen frequently.

What has been your proudest moment in your modeling career?

In December 2015 an editorial with a picture of mine was published on the italian Vogue website. It’s called Orchideè Noir, and I freaked out. I was so happy about that. I know, it was only the website, it not the magazine itself, but it was such a great feeling looking at myself there ahahah!

What was the biggest challenge in pursuing modeling?

There are big walls between the modeling industry and a former model. The bigger one is between her and the agency. There are different kinds of modeling agencies and for each one of them there’s a type of beauty. We talk about the fashion industry, models are one of the products sold in that market and if you don’t fit in that market you won’t sell, so people who have invested in you won’t earn anything. That was my problem. The market for black models is so small here in Milan that it was difficult for bookers to believe in me.

What do you think is preventing Italian fashion houses from accepting black models?

Fashion houses have to represent an ideal kind of woman they want to reach and the ideal kind of Italian woman is not black or asian. I don’t blame them for not putting a black model in every campaign, and if you pay attention, big houses do. The problem is cultural, I mean, big migrations began last century. Right now there isn’t a representative generation of black or mixed Italian women. It’s still difficult to find a black business woman or a black lawyer or a black doctor, so it’s not always practical to choose a black model instead of a white one.

What do you think Italian people appreciate about your work?

I think the fact that I don’t look like a model ahahah. When I go to castings conversations usually shift to what I’m studying in university or where I live or why I speak a perfect Italian and so on. And when I work for someone, we end up talking a lot. Well, I’m very, very, very talkative, so I think spontaneity plays a big role. But what makes me “special” is my expressiveness, the way I stay in front of the camera. I think it’s related to the fact that I know photography; I know what is happening on the other side, so I know what my space is and how to work with it.

What is the vision for your life in the next year?

I’ve talked a lot about being a model even though I quit some months ago to dedicate all my time to university. I want to get my dream job and it isn’t modeling; it wasn’t when I started and it won’t ever be. So the vision for my life in the following years is on a big pile of books about marketing, communication and advertising. I want a job that has nothing to do with my appearance but with my capabilities. I’m smarter than I am good looking.

What advice would you give to newcoming black models?

If that’s your dream, fight for it. It won’t be easy, nothing in life is. But if I could break into the industry even though I’m not tall enough, thin enough, white enough, black enough, beautiful enough, particular enough, not enough of any of the things they were looking for, well, dear newcoming black model you can do it too. Believe in yourself and understand that what people see as imperfections are your particularities, the features that make you unique and different. A revolution has to be made and it starts from us.

This interview was originally conducted in 2015. Photos via Fredamily’s Tumblr. 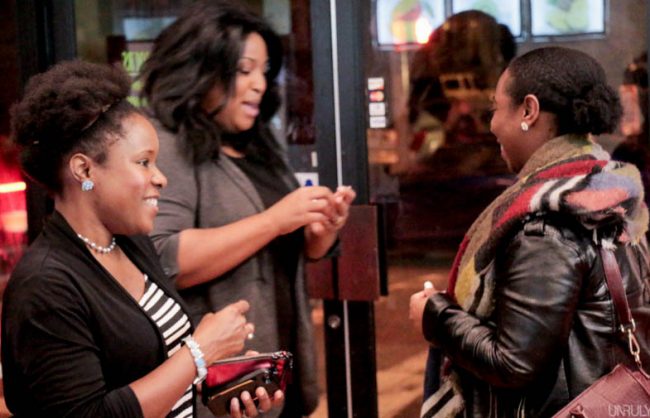 Pretty in Brooklyn with Hairfinity 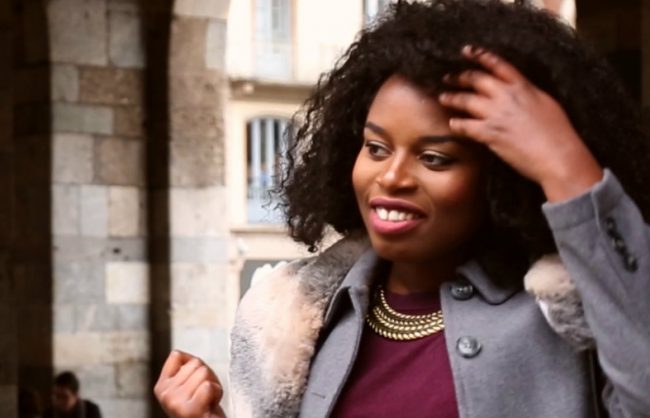