Hair inspiration is everywhere. This year we looked for ‘hairspiration’ on the streets of Paris and New York, online through our favorite hair gurus and, of course, how could we not look to the stars. Quite a few celebs this year caught our eye, but we’ve picked the ten that really stood out. 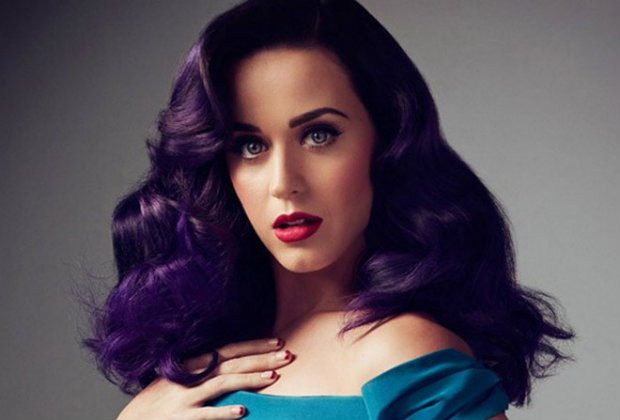 Chadette’s pick: Singer/songwriter and this past July’s Vogue cover girl Katy Perry wowed us look after look this year, from her Priscilla Presley inspired Grammy blowout to medieval styled, teased tresses topped with a gilded, Dolce & Gabbana tiara at this year’s Met Gala. However, she displayed true hair royalty for a Rolling Stonespread opting for Rita Hayworth-y waves in a lush, majestic purple hue epitomizing the true definition of dark glamour. A majestic, fall/winter look that is sure to last well past the Halloween season. To successfully achieve this look we suggest opting for the darkest shades of purple and topping it off with a light gloss for a natural shine. 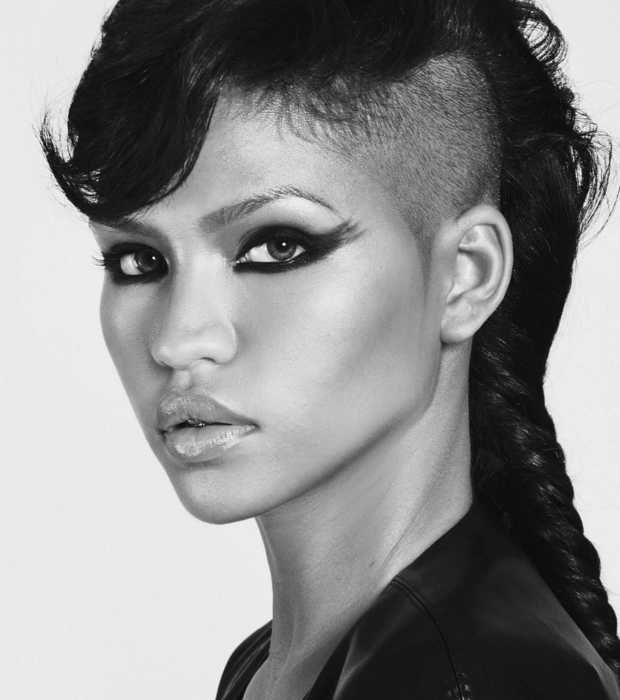 Perri’s Pick: This year, the multitalented Cassie finally brought her unique shaved-side look to the mainstream. The singer/dancer/actress has been rocking the undercut since 2009, being one of the first celebrities to adopt this edgy style. The look immediately screams “rebel” but can be glamorized by pulling the non-shaved side into a bun or adding hair accessories. Although this style requires cutting the hair (a permanent change), it is quite versatile and can take on a variety of appearances and moods, depending on how you style the rest of your hair. Sleek and straight conveys a fierce rock and roll vibe, whereas a soft curl spiraling down from an up ‘do displays a refined femininity. Cassie wore this style everywhere from the red carpet to music videos and onto the stage; she found lots of ways to make it work. This look makes a statement. It shows that the wearer is bold and is not afraid to sacrifice comfort and familiarity for art and expression. It can be worn by anyone who has the right attitude, but it would probably look best on someone with delicate features, as any type of short haircut draws attention to the face. 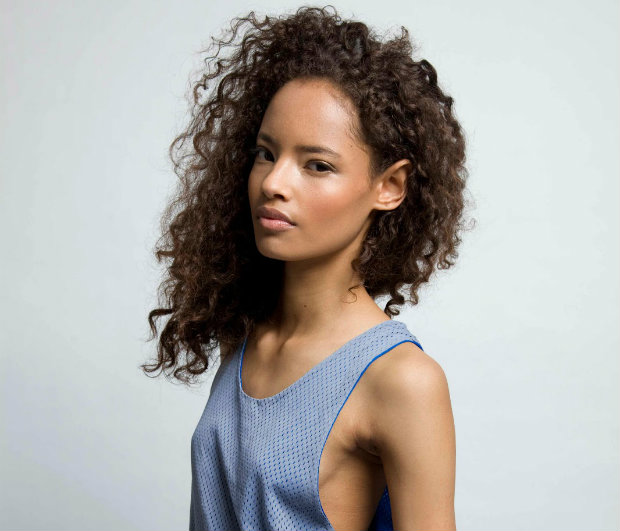 8. New Girl on the Block

Nineteen year old newcomer Malaika Flirth exemplified versatile beauty and range this year with transformative looks such as her signature carefree curls to her stunningly chic super sleek tresses, which she debuted as Prada’s first black campaign model in nine years! With a Vogue cover and Victoria’s Secret show appearance already under her belt, it’s safe to say that the Kenyan, UK raised sensation has quickly become the freshest face on the runway. While her wet look may have garnered attention from the likes of Mario Testino and Muccia Prada, we absolutely couldn’t take our eyes off her natural highlighted ringlets this past summer. Effortlessly beautiful it’s a great look for the free spirit in all of us. 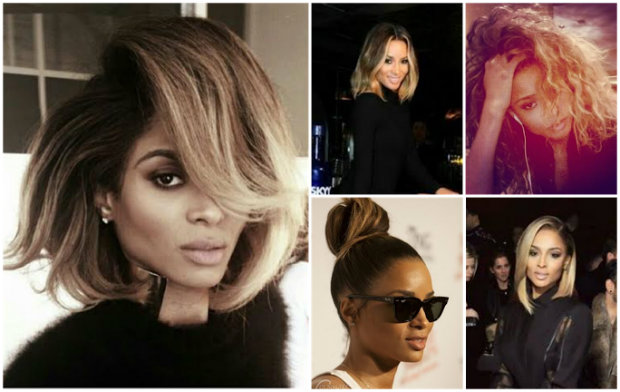 Chadette’s pick: Body Party singer Ciara went for gold this year, literally with the picture perfect blend of blonde low and highlights. Cropped to a chic full shoulder length bob, the platinum selling songstress successfully styled her sexy coif from an assortment of elegant sleek looks to classic Hollywood VA VA VOOM. Given its sensible length this cut is an ideal look for the career woman with a flair for fun filled nights. 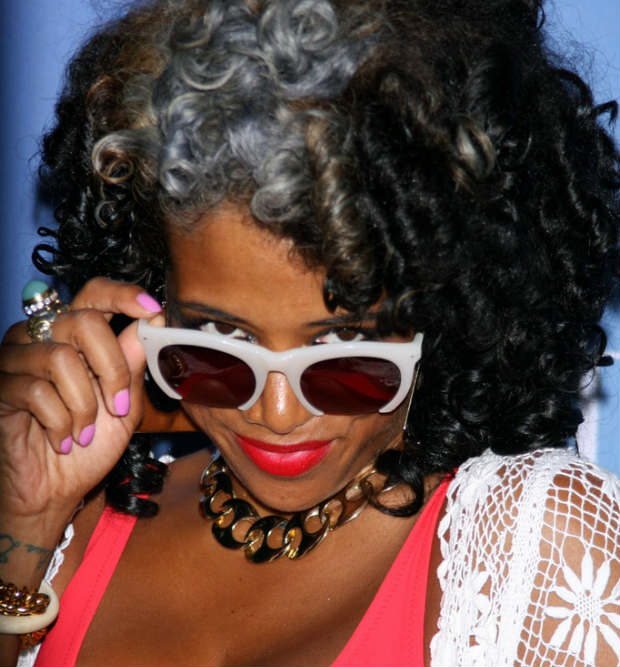 Antonia’s pick: Grey became the new black this year as several of our favorite celebrities ditched everyday hues for the more icy touch of silver. Although tabloid staples like Rihanna were noted as leading the trend, singer (and recently turned chef) Kelis was really the one at the forefront of this look. Back in 2010 she went totally grey for her Acapella music video. And this year she was seen performing at Ditch Fridays at the Palms hotel rocking a punkier version of the look. Rather than opting for full grey, she rocked just a streak in the midst of a head full of curls–a safe way to sport the trend while keeping the rest of your hair from color damage. Going silver is one of those looks that shakes up what we think is beautiful. Typically associated with aging, this look, especially the way Kelis played it up with fun accessories, makes you look twice and probably think twice about a hair color we typically try to cover up. 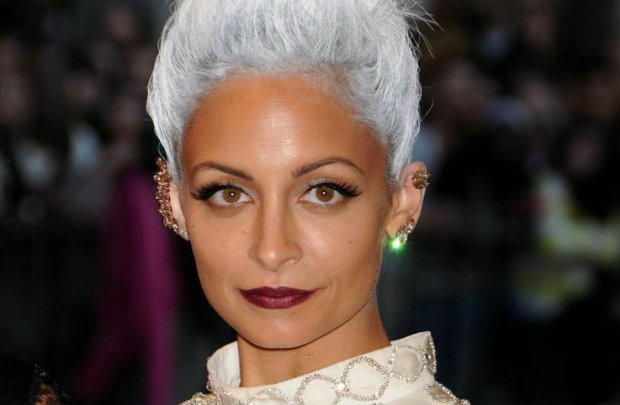 Chadette’s pick: Speaking of grey, with several awe inspiring looks on display at this year’s Met Ball, there’s only one that had the ability to drop jaws and have fashion and beauty columns alike daydreaming for months… none other than the fabulously dual toned, alabaster confection that was Nicole Richie’s pompadour. Regrettably, the House of Harlow designer only wore the dreamy hue for one night. However, she literally embodied the notion that every cloud has a silver lining, indeed! 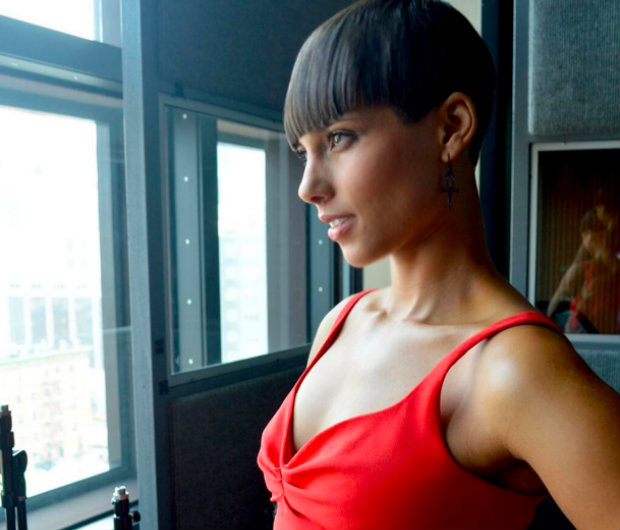 Perri’s pick: Alicia Keys’ cute and sassy bowl cut must be discussed. As summer winded down, the singer shocked her fans with this unusual ‘do. Starting with the Beatles, this cut has been in and out of fashion for decades, and has mostly stayed within the world of men’s hair. This sleek style, which can be described as a 360-degree fringe, got Ms. Keys lots of criticism back in August. Many thought it looked silly and boyish, but we think it looked refined and mature. This style can take on different tones depending on the clothes worn with it. It can be dressed down with jeans and a T-shirt, conveying a playful side. Or dressed up with jewelry and evening wear. 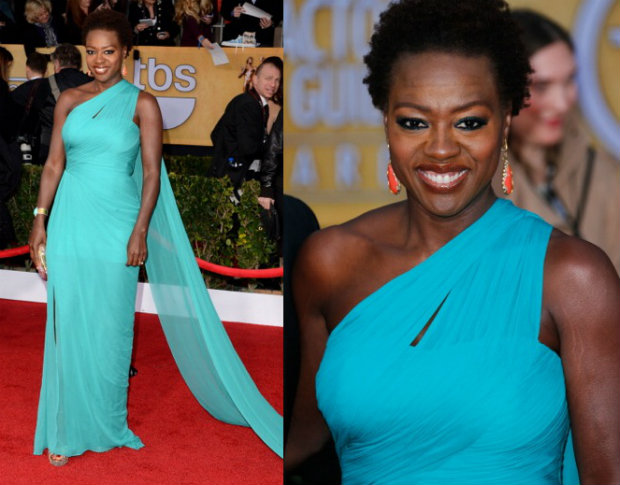 Antonia’s pick: The SAG awards in January offered us not one but two beauties. Revered actress Viola Davis, sported a Teeny Weeny Afro (TWA) on the red carpet. She had previously worn a light brown version of her TWA at the 2012 Academy Awards, but went back to a darker hue this year and kept things so beautifully simple–from her aquamarine flowing single-strapped dress, to her minimal accessories. She let her face, coils and elegance shine. This is one of the few times we get to see a TWA in a glamorous formal setting. TWAs are probably one of the most versatile hair styles in our mix and it’s great to see a TWA all dolled up with coral earrings and a formidable actress to boot. 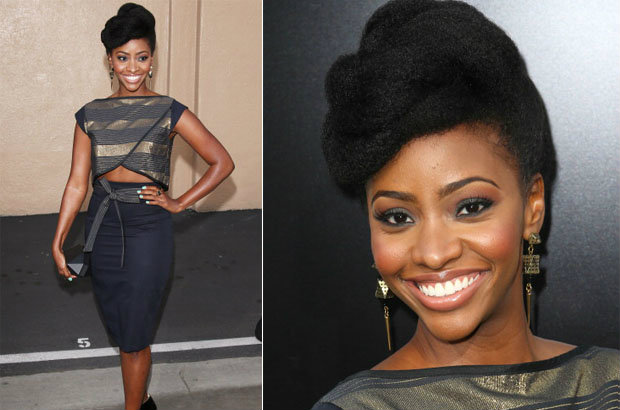 Antonia’s pick: Teyonah Parris caused a stir in January of this year when she stepped onto the red carpet in a floor-length purple gown and a naturally elegant pompadour to match. Rarely does a red carpet have its fair share of black celebrities promenading down its lengths, let alone a natural-haired celeb. Parris’ pompadour made Black hair news waves and so did several of her other red carpet looks. But my favorite of her ensembles was this lesser lionized look that she rocked to an AMC screening of the final episode of Breaking Bad. She wore her hair pulled up, as she’s known to do. This time in what looked like one large braid pined into a side swoop. We loved that she paired it with an elegant crop top and pencil skirt. The straight neckline of the top and shimmering fabric provided grace, while her peek-a-boo midriff added a little fun to the look, showing that up ‘do’s are not only suitable for formal events but they can be fun and a little casual too with the right pairings. 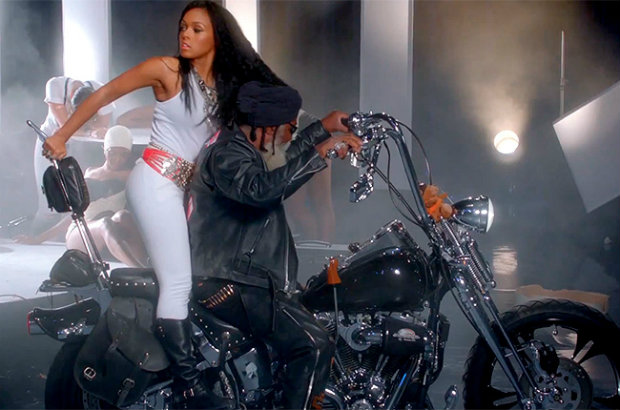 Antonia’s pick: This past summer singer Janelle Monáe heated up the airwaves, while her hair heated up Black hair community debates. The singer who normally wears a pompadour in all its kinky glory, did the unthinkable: she straightened her hair (or donned a weave; no one’s quite sure). Monàe’s music video for her song Dance Apocalyptic shows the singer letting loose and waving her wavy locks to her electrifying new tune. I loved her hair in this video, less for how it look and more for it symbolizing her ability to choose her appearance. In an interview with Uptown magazine, Monáe said about her appearance, “Stay away. I am not what you think I am. We keep coming back to this notion of identity. Honestly, I am just a ghetto black girl underneath it all.”