The following is part of our year long exploration of the Many Shades of Black.

I don’t know if there is such thing as White food but there is certainly such thing as Black food—as in food Black people eat. And it has a lot more depth to it than Urban Dictionary would make it seem. If I were to give it my own definition I would say that Black food are the connected plates found throughout Africa and the African Diaspora that have survived displacement and conquest. Black food speaks to how Black people have journeyed since early modern history and where they’ve journeyed to. It speaks to our disparateness and connectedness, the steadfastness of African culture and our ability to take that culture wherever we go. One such food is akara.

Akara is a breakfast dish originating in West Africa. One of the most common ways to describe it is as “fried bean cakes.” They’re made of black-eyed beans soaked overnight to make rubbing their skin off easy in the morning. The beans are blended into a thick purée with whatever seasoning strikes the cook’s fancy (usually something spicy). Then tablespoons of the mixture are dropped into a sizzling pan of oil and cooked until golden brown. They made their way outside of Africa by way of the Middle Passage; the survival of the recipe in the New World not only depended on the survival of the bodies carrying it but on their resolve to safeguard the little they could of home. And as African tribes and families were ripped apart, shipped off and delivered to the Americas so would their intangible keepsakes, skirting oppression and erasure, adapting to new environments and evolving.

Today akara can be found in Brazil, the Caribbean, France and in traces in America. In Brazil it’s called acarajé and hasn’t changed too much from its original form. As Wikipedia describes, it’s…

…traditionally encountered in Brazil’s northeastern state of Bahia and Pernambuco, especially in the cities of Salvador, Recife and Olinda, often as street food. …The most common way of eating acarajé is splitting it in half, pouring vatapá and/or caruru, a salad made out of green and red tomatoes, fried shrimps and homemade hot pepper sauce.

It’s a popular staple in the French Caribbean where the islanders have swapped out beans as the main ingredient for cod. There it’s called accras de morue—fish donuts or cod fritters in English. For a while it kept its role as a breakfast dish in the French Antilles, but would eventually morph into an appetizer. Meanwhile, in America akara made its way “from the slave cabin to the master’s table” as author Jessica B. Harris describes in her piece for the New York Times:

…the 1824 edition of “The Virginia Housewife” by Mary Randolph includes a recipe for field peas [another name for black-eyed peas]. Randolph suggests shelling, boiling and draining the “young and newly gathered” peas, then mashing them into a cake and frying until lightly browned. The black-eyed pea cakes are served with a garnish of “thin bits of fried bacon.”

In America akara didn’t have the same staying power as it had in other countries but the beans they were made with did. Harris goes onto explain that black-eyed beans are inextricably tied to African-American and Southern cooking, notably making an appearance each year on New Year’s Eve dinner plates as a form of good luck.

The other day I was shocked, awed and surprised to find mini accras du morue in a grocery store in Paris. It wasn’t my first time seeing them in France; I’d actually eaten it a couple times at dinner parties during aperos, where everyone (white and black people) ate the little fried balls of fish while sipping on flutes of champagne. I would later find out that accras is so common in France that it’s mass produced and packaged as an amuse bouche. Seeing it at the grocery store, and more so at the dinner party, instantly stirred up a sense of familiarity. A friend of a friend from Martinique had made them and the moment I saw the little morsels, I immediately saw an aspect of my heritage in his. All of a sudden we had something in common; we were now a little more than strangers. Before that moment, who knows when the last time I ate akara was. But I do know that there was a period of time in my family’s history when we were making and eating a lot of akara.

When my family first came to America we had a lot to pray for. We were foreigners and things quickly got difficult for us. There was little we could do to help ourselves because we didn’t have the right papers to work in America. So with our hands bureaucratically tied, we did one of the only things we could do: pray. Part of praying in my family also meant appeasing the spirits that we were calling upon for help. It’s custom in Nigeria to give spirits offerings, in a sort of Old Testament type of way, but usually what’s offered is food. One of the spirits we were attempting to satiate had a fondness for akara. So on Sunday mornings my mom would make a sizable batch of it. We’d pray on it, offering it up to whomever was listening in exchange for what we were praying for. The offering would either end in us throwing the akara in a canal or eating it. I can’t speak to the effectiveness of our prayers but I can say that this dish was an important symbol in my upbringing. The ritual it was incorporated into was our way of tackling the hurdles we were up against, a means of keeping us hopeful and it was also something that grounded us in where we had come from. Years later, to be eating akara (or a form of it) in France, an immigrant again but under very different circumstances, was a reminder of the portability of home and culture and the endurance of it.

Like many people now and before me I’m away from home but carry pieces of it with me. People of the African Diaspora may have left Africa recently or many many years ago but Africa doesn’t easily leave us. There are strings, no matter how faint or thick, that reach from the Continent and connect us wherever we are no matter how long ago we left, testifying that we were once all together and in a way still are.

Photo via Kitchen Butterfly. Check out some of her delicious Nigerian recipes.

christy lynch, on sound and place 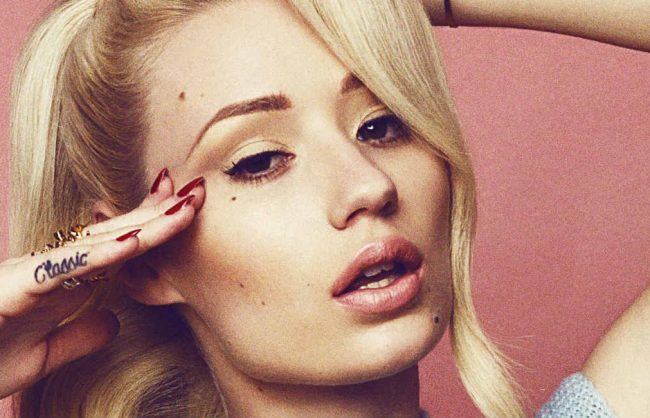