– by Ieshia McDonald, Contributor and Antonia

Do you remember when you first went natural? The enormous amount of excitement, curiosity and fear you had, but you still went through with the “big chop.” Months or maybe even years of research, natural hair blogs were your guide and Youtube was your Mecca; watching tutorials with a keen eye in order to soak in the instructions. We first learned how to achieve our most successful and unsuccessful hairstyles from bloggers, vloggers, stylists and product creators, and now it’s time to pay homage to those who helped shape today’s natural hair movement.

Adémola Mandella: Before the Web was around to make mountains of information and tutorials available to people all over the world, we had to rely on professionals and experts to help us take care of our hair and show us the ropes. One such professional is 30-year veteran Adémola Mandella, currently the owner of GudHair International natural hair salon. He first made his mark by opening KINAPPS African Groomers™ in Brooklyn, New York, one of the sources for the then innovative African-inspired hair cuts that became popular in the mid-80s. In a 1989 interview with Ebony Magazine, Shawn Brown, general manager of the salon at the time  said, “We’ve been tapping into the natural beauty of African-Americans for four years. Indeed the motifs we create in the sides of the haircuts evolved from motifs that are present in African art.” Viewed as a leader in the art of hairstyling, the salon and some of the stylists that came out of it, like Anu Prestonia, would pave the early path of today’s natural movement.

Anu Prestonia: In 1989 Anu Prestonia opened the doors of Khamit Kinks, the successor of  “Have Comb, Will Travel,” her one-woman hairdressing businesses where she offered her services via house calls. Since its opening in Brooklyn Khamit Kinks has not only helped many naturalistas care and style their hair, but Anu is also said to have named several of the popular styles worn among naturals, like Senegalese Twists and Trini Braids, both of which she named based on the source of the style. After a bad perm made all her hair fall out at ten years old, she vowed never to chemically straighten her hair. She’s gone on to become one of the biggest proponents of natural hair. She told Into the Trove:

I am a crusader for women to help them move from destroying their hair to accepting their own beauty, their own culture, their own aesthetic. What you were born with has value, all you have to do is love it, appreciate it and learn how to work with it or know where to go to have it treated with respect.

Lisa Price: In the early 90s, a young writer’s assistant on The Cosby Show began cooking up some special little recipes in her kitchen. But these weren’t recipes that would make their way into anyone’s dinner table; they were instead meant for the bathroom cabinets of women looking for natural products for their hair. By 1994, Price would go from sharing her concoctions with her friends to selling them at flea markets, and then to fully establishing her hair care line, Carol’s Daughter. The quality of her products not only drew loyal customers in a segment that had largely been overlooked, but also attracted well-known investors. By 2011 the company was projecting $50 million in sales. Though the company, as with anything, has experienced its challenges in recent years, it nevertheless has and continues to push the natural hair movement forward by creating products that allow women without relaxed her to properly take care of their hair.

Sheila Everette-Hale & Taalib-Din Uqdah: Between Sheila Everette-Hale and Taalib-Din Uqdah there is over 70 years of experience styling natural hair, Everette having started in 1978 and Uqdah having opened Cornrows & Co with his wife in 1980. What’s particularly notable about these two veteran stylists is the contribution they helped make to legislation that pertained to natural hair styling. Before 1992 in Washington DC, hair braiders operating without a cosmetology license would be fined even though natural hair braiding wasn’t taught in cosmetology schools in DC at the time. With the help of the Institute of Justice, Uqdah sued the District of Columbia which lead to its city council voting to create a separate license for hair braiders. Uqdah would later help Everette-Hale instigate the same change in Detroit. Per Everettes.com, “in 1997, then [Detroit] Govevnor John Engler signed a bill that separated natural hair care from cosmetology.” Sheila Everette-Hale remains a catalyst of the natural hair movement by spreading natural hair expertise through her beauty school, Everette’s.

Patricia Deecoily Gaines: The early 2000s ushered in the information age and the era of the blog! Among the early bloggers of the double-o’s was Patricia Deeccoily Gaines, founder of Napturality.com. As explained on the site’s Facebook page, the site is:

Dedicated to all the women in the diaspora who proudly wear their highly textured hair naturally and offer support, information, product advice, support and objective reviews.

We were the first natural hair website and still hold the largest repository of natural hair information on the web with over 2 million posts and over 50,000 photos on the forum alone.

During the early stages of the site launch, natural hair was still being met with a lot of resistance. One of the site’s readers has described the platform as “an environment that encouraged and continues to encourage many black women to stop apologizing for, and to learn to love and appreciate, their natural hair.” Thanks to Gaines’ early efforts, content creators that followed Napturality.com had a blueprint for the types of nurturing and encouraging online destinations that women were looking for.

Miss Jessie’s: By 2004 Lisa Price had proven that natural hair products had enough demand to create a sustainable business, giving more aspiring entrepreneurs reason to dive into the market as well. At this time sister’s Miko and Titi Branch had already had seven years of experience running their successful hair salon in Boerum Hill, a neighborhood in Brooklyn, New York and were unveiling the first product in their Miss Jessie’s line, Miss Jessie’s Curly Pudding. The line has gone on to become a favorite in the natural hair community and has been featured in several national women’s publications. Sadly, tragedy hit the Miss Jessie’s brand last year when co-founder, Titi Branch, passed. In a Daily Beast article, Leila Noelista of Black Girl Long Hair touched on Titi’s impact: “People associate the name ‘Miss Jessie’s’ with mainstream success of natural hair products. She inspired confidence in a generation of women who followed in her footsteps and went on to create commercially successful product lines.”

Nikki Walton: Nikki Walton, most popularly known as, Curly Nikki, started her self-titled blog in 2008 as a way for women with curly hair to unwind. As a licensed psychotherapist, Walton used her familiarity with women who had poor self-images to help shape the ethos of curlynikki.com. It quickly became a popular natural hair community, offering her own hair journey and sharing her readers’ journeys as well. With stories from those transitioning to be natural, those who just big chopped and those well into their return to natural hair, Curly Nikki had every naturalista covered.

I realized that for most newly natural women, the only safe haven and source of support was online,” Walton told Black Enterprise. “I loved the friendly atmosphere and thorough info. The women there quickly embraced me, taught me lots, and soon came to anticipate and respect my advice and reviews.

And now, with celebrity interviews, exclusives and the traveling hair adventures of Walton, Curly Nikki has not only grown nationally, but internationally, sharing stories of naturalistas from around the world. With close to half a million followers on Facebook her influence is vast. Nikki Walton is a pioneer in the natural hair movement, connecting the stories of naturalistas from many walks of life.

Leila Noelliste: Determined to dispel the notion that Black hair doesn’t grow very long, Leila Noelliste launched BlackGirlLongHair.com in 2008. At the time, the online natural hair community was still small and still had room for more voices to take the stage. In its relatively early stages, Noelliste took a leap of faith and dedicated herself full-time to running and living off the blog that she had initially started as just a hobby. After a year of shaping the platform into what she had envisioned and also pulling out her innate business acumen, she was able to make great strides in making the platform what it is today. Today the blog is said to be visited by millions of readers each month and has an active community surrounding it.

Taren Guy: Taren Guy, also known as Taren916, began documenting her natural hair journey in 2009. The realness in her hair tutorials and vlogging is what initially attracted her subscribers, but her infectious personality is most likely what has kept them loyal for almost five years. Not to mention, her hair has grown healthily into a massive afro. From the beginning of her Youtube channel–through hair cuts and hair dyes–one is able to see how versatile natural hair can be.  In a 2013 interview with Youtube blogger, Minerva Joy, Guy explains the inspiration behind her channel: “I was curious about my natural hair, I didn’t know what to do with it. So I started searching Youtube and I saw some amazing videos… So I just decided to share my journey- not really from an expert side, but just from, you know, a little hair journal on Youtube.” Through the popularity of her Youtube channel (she’s racked up over 22 million views with over a quarter of a million subscribers), she’s set her sights on inspiring and elevating viewers beyond the topic of natural hair with Areya TV, a network dedicated to all things beauty and self discovery, according to her site.

Whitney White: Whitney White, known to many as Naptural85 on Youtube, began a Youtube account in 2009, intending to only film one video. She explains on her blog that her name Naptural85 started off as a joke. “I suppose it was funny at the time and since I wasn’t intending on making more than one video, it didn’t really matter,” Whitney says. Little did she know that roughly six years later she would reach about 45 million people with her videos and have over 560 thousand subscribers following her channel.

Naptural85 became popular as the naturalista who not only promotes natural hair, but a natural lifestyle. In addition to hair tutorials, but also DIY tutorials on how to make hair products and accessories. Her healthy, long tresses are a testament to her healthy lifestyle. She started her Youtube channel just when she was transitioning, and finally did the big chop. So beginning subscribers have been able to see firsthand her hair growth over the years; proof that a healthy lifestyle and proper care of your hair can result in strong and long tresses. 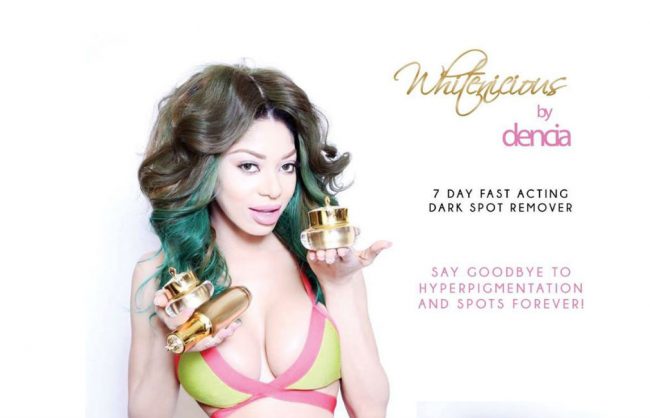 skin bleaching: who’s the fairest of them all? 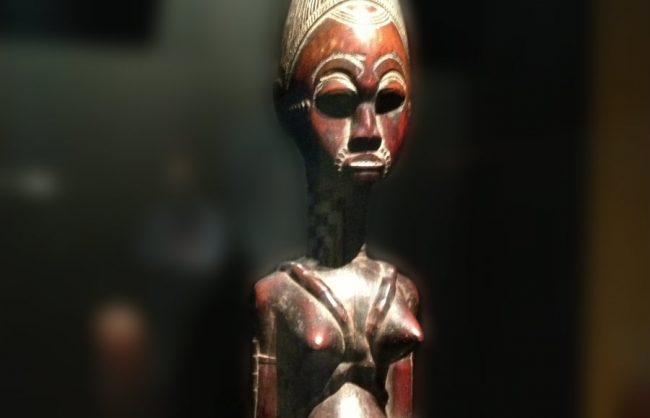 what the baoulé taught me about beauty 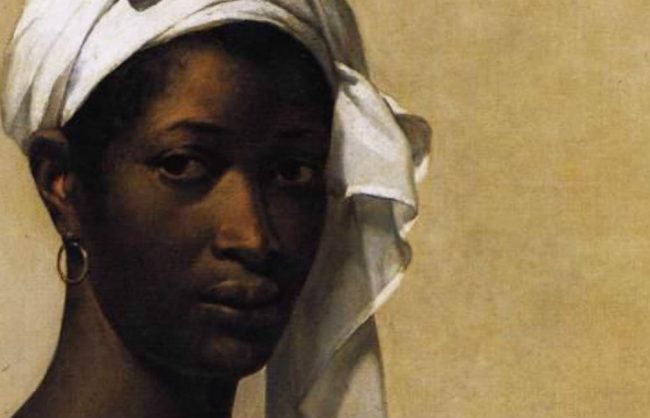 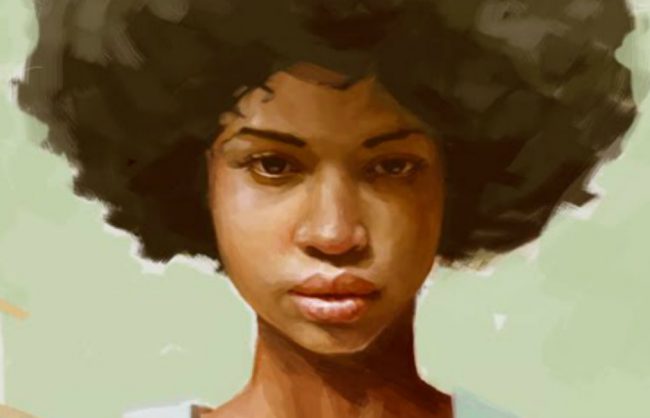 discuss: when did you first feel your race?