For some time now crochet braids (not to be confused with box braids) have been a growing trend. Having been popular in the late nineties to early 00s, this practical hairstyle is back, but is looking a little different from its earlier iteration. Crochet braids today have been influenced by the natural hair movement; the textures used are more natural-looking and the styles created are styles that you’ll typically see a naturalista sporting (havana twists, braid outs, flexi rod sets; view more crochet styles here). Chances are you may mistake crochet braids for someone’s real hair, which is one of the reasons we’re big fans of the look. If you’re thinking about jumping on the crochet bandwagon, here’s everything you need to know about this trending hairstyle. (By the way, if you like this, maybe you’ll like our in-depth post on bantu knot outs on different lengths and textures or this one about Fulani Braids (AKA Alicia Keys Braids)).

August 4, 2018, Update: I’ve added a section on braidless crochets for those of y’all who don’t know how to cornrow! Jump to that section.

What Are Crochet Braids?

Although we say crochet braids as though referring to the hair itself, we’re really talking about the method with which we’re adding the hair. Crochet braiding (or rather ‘the crochet method’) is a way of adding extensions to one’s hair. As with a weave, the basis of the method is first cornrowing one’s hair then applying the extensions to the cornrows. Unlike a weave, however, the hair used is loose and not on a weft. And instead of being sewn in, crochet hair is kind of looped under the cornrows with a crochet needle (essentially a hook) and secured with a knot of sorts. (For more a more in-depth how-to, see below).

What’s Great About Them?

The real question is what’s not to love about crochets. In addition to them being a protective style, crochet braids are….

Suited for DYI. If you’ve always admired girls that are masters of styling their own hair, but think that could never be you, crochet braids may be a great style to attempt on your own…  if you at least know how to cornrow your hair. The cornrows don’t have to look great because they’ll be covered. You’ll just need a little patience and a couple of good mirrors ;-).
They’re cheap. As mentioned, the styles that are now being created with crochet braids are styles that look natural, so braiding hair like Kanekelon hair or hair that already comes twisted or braided is what’s typically being used. This kind of hair can be found at beauty supply stores for as low as $3 a pack and at most $9.99 a pack.
They’re relatively fast to do. Depending on the kind of style you create, you may spend as little as 2.5 hours ‘installing’ them. For weave-wearers this might not be less time, but for box braid or twist-wearers it’s significantly less time. (And yes, you can rock braids or twists using the crochet method. Exhibit A).

A couple downsides to crochets is that they don’t necessarily last as long as a style like box braids. And they’re not as easy to wash. (Jump to Maintenance).

Because we’ve been obsessed with crochet braids, we put together a pretty definitive list of popular hairstyles and the the type of hair used to create them. In a nutshell, however, here are the brands you’ll see many people using:

What is Kanekalon Hair?

Crochet braids can be worn straight, curly, twisted or braided. Here’s a diverse round up of crocheted styles.

BTW, if you feel like smelling like a rose with while sporting your crochets, Viva La Juicy Rosé is pretty good.

How to Install Crochet Braids

In case you don’t have time to watch videos, here’s a quick step-by-step.

TheChicNatural’s tutorial is one of the best. She does the tutorial with marley hair and she shows you how to curl the hair after it’s installed. You can probably skip that part if your hair is already curled or twisted, but it’s good to know the process just in case.

Crochet needles aren’t expensive at all, but if you’ve lost yours or don’t have time to run to the store and get one, you can still use the crochet method but with a bobby pin. Vlogger AfricanCreature shows us how. Note: in this video she’s installing a combination of a sew-in and crochets. We’ve started the video after the sew-in bit. Another note: she secures her crochets by using a standard knot versus looping them twice or thrice.

Many people are concerned with how you conceal the knots when sporting crochet braids. This is typically a non-issue if your rocking big kinky curls; the hairline and knots aren’t very noticeable. With other styles, the hair line is a concern. Some people hide their knots with some leave out, while others install the top (or most visible) part of the hair using the invisible part (or knotless) method.

Tip: create thinner braids wherever you plan on having a part, and try to keep those braids somewhat close together so the part doesn’t look too wide.

Tip: adding braid hair to your cornrows is optional. It’s good to do if your hair is weak or if you have thin edges as it helps reinforce the hair.

What to do About the Ends

A Note About Other Patterns

The beehive pattern is a pattern some use when they want a look with a bang. You can also simply braid one or two cornrows across the front part of your head, while the rest go back. But bangs can also be created (if you’re using curly or kinky hair) using the all back method. You may want to vary your pattern if you’re leaving out some of your hair, in which case you’ll braid around the leave-out. The most important thing to consider when choosing a braiding pattern is what your edges can handle. If you have thinning edges, avoid patterns that will put a lot strain on your hairline.

If you’re thinking, all of the above is great, but I can’t cornrow to save my life. Well, crochet queen Sadora Paris has you covered. In the video below she shows how you can achieve a natural looking straight haired crochet look with no leave out.

Crochet braids can last anywhere from two weeks to eight weeks depending on how well you care for them. But four weeks is generally the recommended duration. If you plan on wearing crochet braids for an extended period of time, getting a tightly curled texture is your best bet as it’ll take more time for the curls to loosen and/or frizz.

Youtuber Kiitanaxo has a relatively simple maintenance routine for her crochets, although she doesn’t discuss washing them.

How to Wash Crochet Braids

Washing crochet braids is one of the only contentious parts of this style. If you wash them as you usually would wash your own hair or even a weave, you run the risk of loosening the knots. Some people, don’t wash their hair while they wear crochets. You can probably get away with this if you don’t leave them in for two long and clarify your hair before installing them. There are some pretty involved tutorials on how to wash crochet braids, but the simplest approach is to…

The key to the above approach is focusing your attention on your scalp as opposed to the added hair. You can wash and condition the added hair, but it really depends on the type of hair as well as your own personal preference. Be sure your hair dries thoroughly, so you don’t run into the rare issue mildew forming in your hair. Some people moisturize the crochet hair as well, some don’t.

For the sake of not loosening your hair, err on the side of washing your crochet braids once every two weeks as opposed to once a week or more frequently.

Treat your crochet braids as you would your own hair. Keep the added hair and your own hair moisturized by spritizing it with a moisturizing mixture of something like aloe vera water and a leave-in conditioner. Try not to over moisturize or use too much product; given that you don’t have full access to all your tresses, product can build up in the deep nooks and crannies of your cornrows.

Crochet braids are relatively easy to take out.

Here’s a quick tutorial on the process.

If you’ve made it through this entire guide, congratulations little grasshopper, you’re one step closer to having crochet braids on fleek. Now all you need to do is go out and get them. 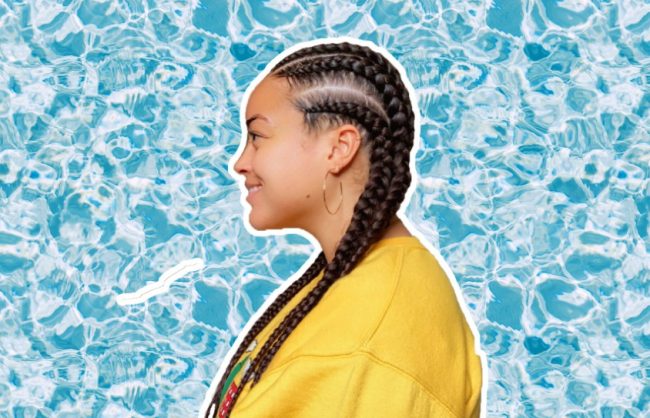 How long do jumbo cornrows last on type 3 or curly hair? 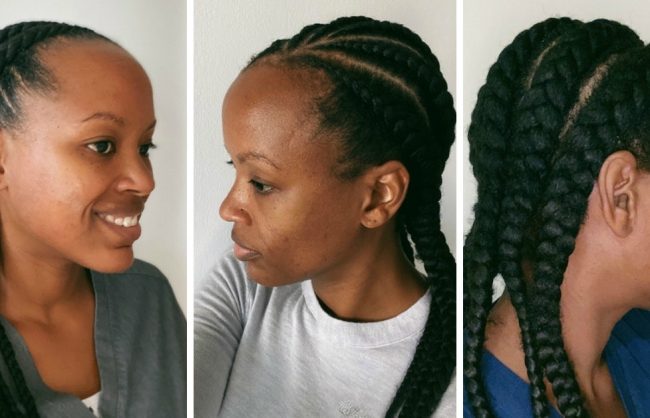 How Long Do Jumbo Cornrows Last? 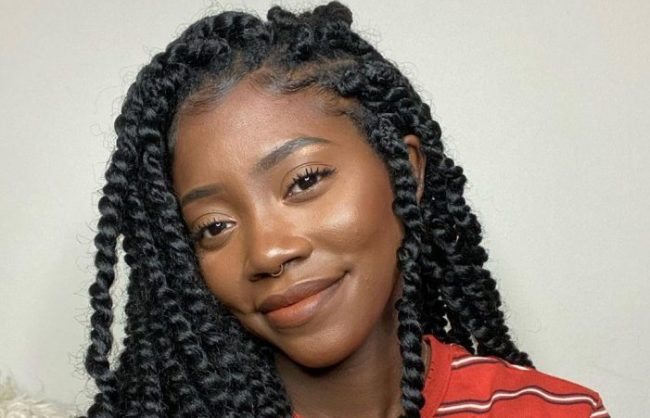 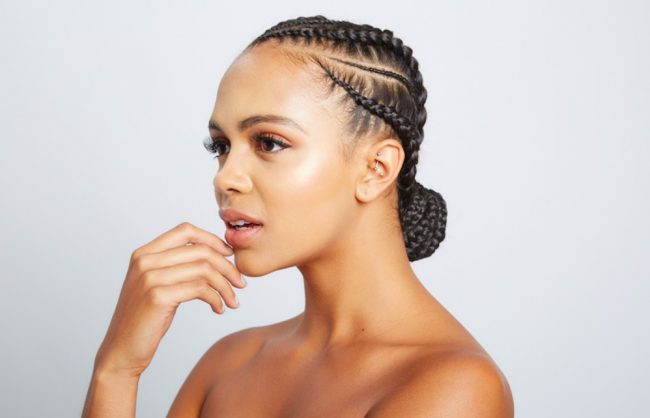