It’s late afternoon on day two of the 2013 AfroPunk Festival. Some say things are winding down, but for me, they’re just heating up. I’m eagerly anticipating interviewing a band I had literally become a fan of overnight. When I first listened to Pyyramids, a talented duo comprised of lead singer, Drea Smith and Tim Nordwind, I didn’t know what to expect. From just the first track, off their latest album, “Brightest Darkest Day,”  I fell in love.  I ended up listening to the whole album three times in a row, feeling more enchanted with each repetition of the sonic journey. Each song is different from the next; an eclectic mix of punk rock, grunge, and atmospheric synthetic beats – a sound that is both fierce and dreamy. The constant on this album is the psychedelic fusion of these two talented artists.  That spirit and synergy was fascinating to me. I had to know more.

Perri:  Who are some of your biggest musical influences? I noticed that your new album is very eclectic and there are a lot of different sounds present.

Perri: Yeah I definitely, I hear all that.

Perri:  So how do you guys feel your energies meld together to create Pyyramids? In other words, what do each of you bring to the table? 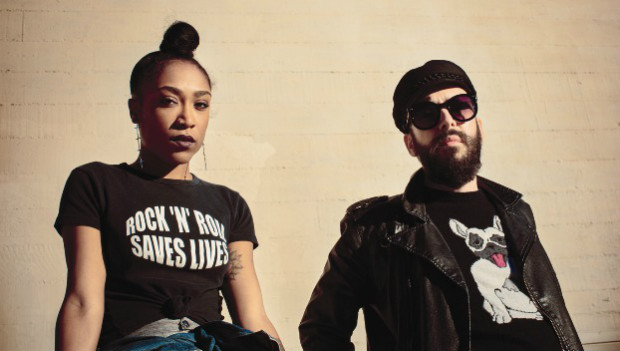 Tim: Um, mood’s a pretty important thing for us. With whatever type of song, whether it’s an upbeat song or a downbeat song. I mean, there’s generally a sort of tension that we play with between things that may sound more upbeat but when you put the vocals over it, there’s a tension there that’s maybe slightly more melancholy or something like that and so that plays into a lot of the music we write. But usually if there isn’t some sort of mood there, some kind of emotion there, then we can’t make the songs.  We have to feel it first you know.

Perri: That actually segues nicely into my next question which is: describe how you’re able to take your thoughts and feelings and turn them into sound and lyrics.  Something that’s, more material and able to share with others.

Drea:  Well, I have kept a journal since I was six years old. So I’ve always had a journal, I’m in the habit of writing down ideas or just my thoughts. So a lot of it is just where I come from lyrically.  It’s pretty autobiographical…the things I’ve witnessed.  I used to write short stories and initially wanted to be a writer, so I would take on the role of a different character and write a song from the perspective of that character sometimes.  If I can’t draw from my own, just kinda invent this person to write from. So I’m in the habit of just writing things down. It’s not really a process so much as like a documentation I’d say, to just kind of draw from documenting everything in life.

Tim: Yeah, it’s a couple of different ingredients I think. A lot of, the mood, I think, comes from Drea’s tamarind tone of voice and the subject matter that she’s writing about and then the other half comes from sort of the, the production and the type of sounds that we use, as the “bed” for Drea’s message. A lot of times we won’t know exactly where a song is going, but we really like the way that, the drums are meshing with the synth or something like that, and it’s creating some kind of feeling you know and then it’s, sort of up to us to decide whether we write with that feeling or write against that feeling to, come up with something that’s emotional and magical and mysterious and all that kind of stuff.  But really it’s like, throwing different ingredients to see what happens, and getting an overall flavor. It’s like cooking. Making music is like cooking. 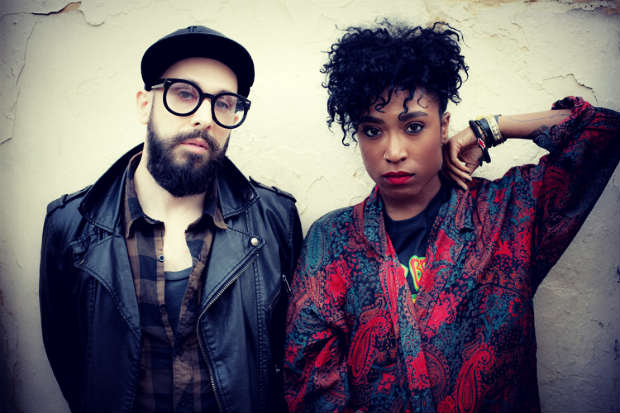 Perri: Okay, your video for “Paper Doll”. It was very odd and unusual. I was wondering what inspired the balloon heads and everything else, I was really curious about it all.

Tim: The video for “Paper Doll” is definitely like a trippy and psychedelic, journey and adventure in visuals. We worked with a girl named Ericka Clevenger who has an incredible imagination and we kinda told her that we wanted something that you could zone out on while you listened to the music.  At the same time, we wanted something kind of low-fi and psychedelic and she came back with this pretty trippy treatment for being in this kind of weird-ass haunted paper doll house more or less. This video was the first time that Drea had actually been in a video of ours.  Up until that point, we had done some stuff without either one of us in it so it was a little bit of like an experiment in that way too of like mixing sort of like the trippy things that we like with, with actually having Drea perform. There’s something really nice about getting to see Drea perform the song.

Perri: Yeah, exactly, and I liked, the outfit!  The fashion was very 90’s.

Drea: Thank you! Yeah, I just found that dress on eBay like a week before! It’s a Betsy Johnson baby doll dress.

Perri:  Switching gears a little, seeing as I’m from un’ruly – a hair site dedicated to black hair – naturally, Drea, I have to ask you, what are your top three hair tips?

Drea: Well, I know a ridiculous amount about hair. Because, the day job I’ve chosen to have for the past eight years is working at a hair salon so I’ve had every haircut you can think of.  I’ve also had pretty much every hair color you can think of and used varying products.  I have curly hair so, 1. moisturing and deep conditioning is important! 2. Get a filter for your shower head if you live in Los Angeles, there’s tons of chlorine in that water  and 3. No heat: try to keep the heat off your hair. If you are using heat, use a thermal protectant! Right now, I have a half shaved head for practical purposes and for aesthetics. I did it three years ago during the summer. I couldn’t take it, my hair was growing out and I was like, SHAVE IT OFF, it’s hot!

Perri: It all worked out.

Drea: It all worked out wonderfully.

For more information on Pyyramids, visit their website! Their debut full length album Brightest Darkest Day is in stores now. 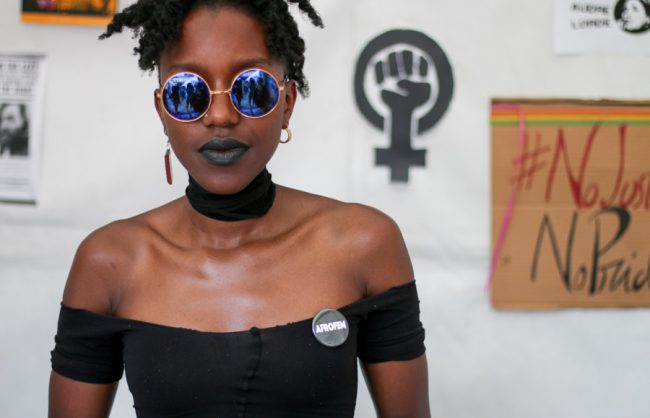