A modern day “hair-ess” of the house of Ross (second born daughter of the the supreme-ly chic Diana Ross), Tracee Ellis Ross graciously bears the crown descended by the icon herself with impeccable style and enviable flair! However, like many who have chosen to don their natural tresses, Ross’ road to hair royalty hasn’t always been one written for the books, or in fact it has. Plagued with limited knowledge (and resources) of natural hair care and styles, the curly haired starlet has experienced the inevitable ups and downs of any typical hair journey complete with a downward spiral of failed relaxers and awkward styling before achieving a sense of self acceptance and love.

This is her hair story. 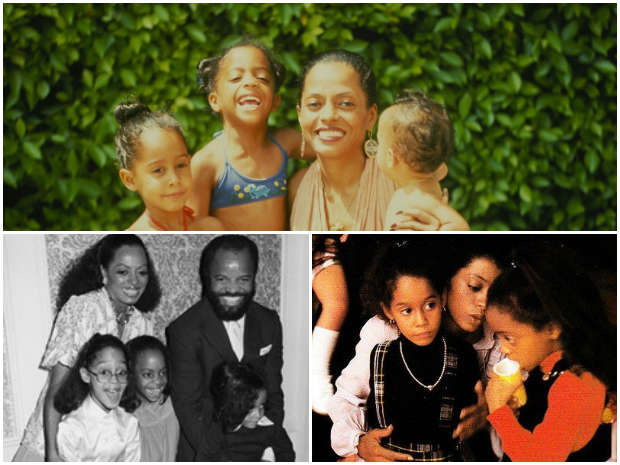 Similar to the many naturalistas of today, Ross started out with the constant battle of the coil during her adolescent years. From professional, day long, wet set/blow out appointments to homemade “pressing” sessions, kinks were protested against at all costs and heat was taught to be worshipped, as Ross attested in a 2012 interview with Nikki Walton:

I started as a natural girl. I used to go to Joseph’s every Saturday to get a roller set, a wet set.  I’d sit under the dryer for an hour while I waited for ‘lil Joe-Joe to do my blow-out. He was like, ‘THE guy,’ so everybody waited for hours and hours to see him and that was the majority of your Saturday. So I did that for many years and if I couldn’t go for my hair appointment, my mom would blow my hair out or put the hot comb on the stove, which was a part of her childhood.

All the same, young Ross also indulged in hair conscious styles, such as the common ponytail and top knot buns; timeless staples that she would continue to use throughout womanhood.

“Mom, I know that hair, in its essence is already dead, but my hair is dead in a way that I don’t know how to explain,” Ross recalls crying to her mother after her first texturizer. Texturizers are a less potent concoction compared to the common relaxer created for the use of calming unruly kinks and ensuring a more manageable texture. Alone in Switzerland studying at the prestigious Institut Le Rosey, Ross found herself without the comforts of her mother’s hot comb and weekly blowouts and in turn began to incorporate texturizer applications to her regimen every two to three months during holiday breaks. After a slew of awkward style choices and visible breakage, Ross made the decision to return to the US at the age of 15, where she made the courageous decision to embrace and grow out her God-given curls. 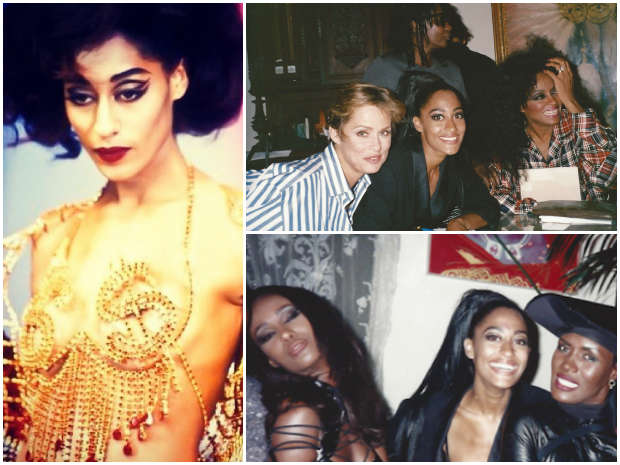 While many transitioners tend to stay away from the spotlight in the midst of finding their footing, Ross embraced it by beginning a modeling career under the famed Wilhemina Modeling Agency, working with the likes of Naomi Campbell, Thierry Mugler and Grace Jones. During this time young Ross became keenly aware of the beauty industry’s lack of knowledge of Black hair and soon realized that it was her responsibility to ensure her hair’s health and vitality, as she explains in an interview with YouTube vlogger, Chescalocs: “The fact that I have been in this industry for as long as I have been in this industry and I still have a full head of hair is a miracle and it’s because I have been a fierce advocate for my hair!”

With this understanding Ross would soon educate herself on her own hair and its needs through the traditional system of trial and error – in other words trying various products and methods until achieving a trusting regimen that would bring her locks to its highest potential. Enter Joan Clayton. 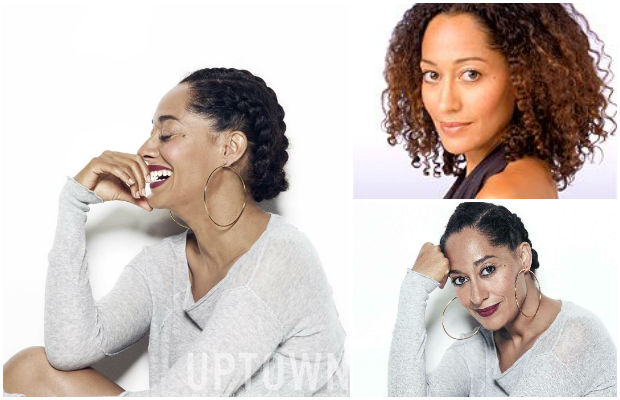 With a successful modeling career and a few acting gigs under her belt, Ross soon found her big breakout role in 2000 as the lovable Joan Clayton on Kelsey Grammar’s Girlfriends. While Joan seemed to be an exceptional model character due to her many accomplishments as a successful lawyer, many viewers and fans alike couldn’t stop talking about the actress’ covetable curls. “How does she get it so curly?” “Can my hair do that?” “Is she even black?” Returned to its original state, Ross’ locks took center stage and the world took notice. However, the world was highly unaware of the drastic measures taken to secure a film worthy coif day after day as Ross explains to Nikki Walton in 2012:

For the first three seasons of Girlfriends, if I had an early call-time, I would wake up 3 hours before so my hair could dry naturally.  Three hours before!  I didn’t use any form of heat on my hair at the time… no blow dryer, no diffuser, I wouldn’t let anybody do anything to it. I had finally gotten my hair back to its virgin condition… my huge natural curls were back and I wasn’t letting any heat or chemicals near my head!  So yes, there would be these conversations with the assistant directors where I’d plead for a 9 am call time, but if I got a 6am call time – and I’m not joking – there were times when I’d wake up at 3 am.  And it’s not like you can wake up, wash your hair and go back to sleep.

With taxing early morning wash-and-go sessions and a burning desire to commandeer her hair’s identity back to Tracee Ellis Ross’ hair and not Joan Clayton’s hair, Ross took time to re-explore her love affair with heat, which would later result in curl pattern damage after only three months. This turn of events would eventually lead to Scott Williams (Girlfriends’ set hair stylist at the time) to experiment with silicon based products and advanced heat technology to style and revitalize Ross’ curls. By Season 4 Ross’ hairstyles varied from round brush blow outs to French braids and everything in between. Finally the actress was able to display versatility in terms of what can, rather than cannot, be done with natural hair. Suddenly the options seemed endless. 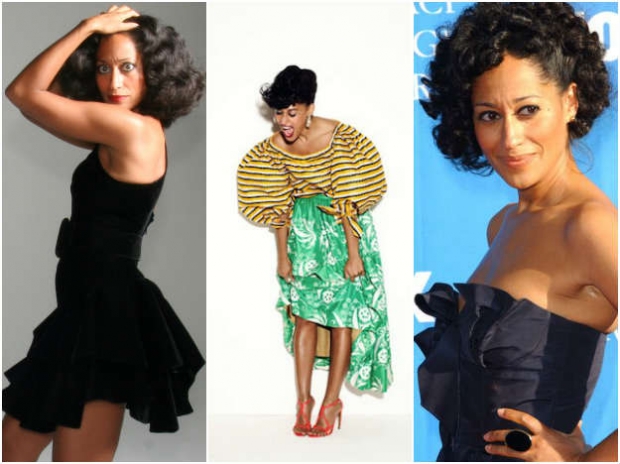 Never one to boldly experiment much with her beloved tresses, Ross took an unexpected turn when she wowed fans with an auburn colored hue in early 2012. While the look only lasted for a few weeks, the instant redhead showed much enthusiasm about her new look, as she expressed during an Essence.com interview:

I loved being a redhead! I always wanted to try it. I was obsessed with Lucille Ball growing up. I really wanted to try it but I always thought that doing it would ruin my hair. I was really concerned about it. I worked with a colorist who is a friend of mine and he was like, “Tracee, it will not ruin your hair.” And it didn’t. I loved it, but truthfully I am at heart with what God naturally gave me. I just feel more comfortable [in my natural color] so I went back to it. But [having red hair] was fun! It was so much fun. 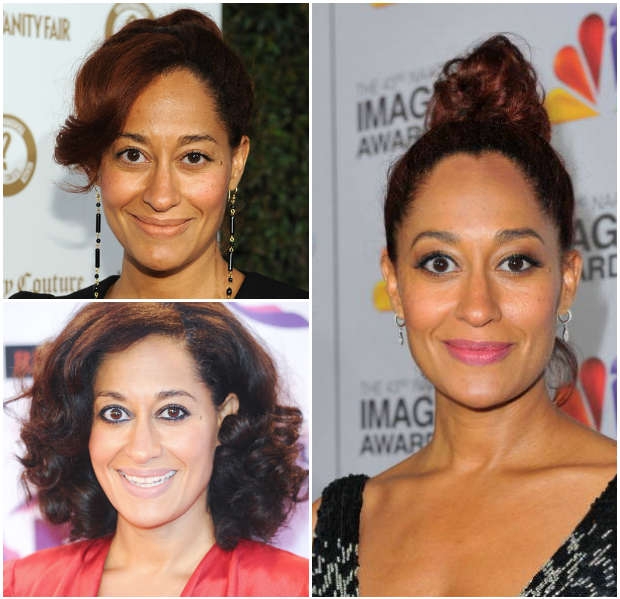 During the Summer of 2013, Ross happened to be scrolling through her Instagram feed, like many Instagram users do and came across a meme of a little girl crying with the words: THE MOMENT YOU REALIZE YOU DON’T HAVE TRACEE ELLIS HAIR. Initially bursting into tears of comic laughter, Ross later realized her influence in the Black hair community and how it can be utilized to encourage and effectively start the conversation of Black hair and what it means to have it. Her plan of action: launching a campaign, kick-started by a video explaining her love affair with her curls (the good and bad) listing seven words and in turn requested that her viewers do the same to encourage self love and acceptance. “I love my hair because it’s a reflection of her soul: dense, kinky, soft, textured, difficult, easy and fun.”

The video generated quite the buzz, reaching 23,000 plus views, a total of 400 comments and a plethora of video responses in less than a week (a feat attempted by many Black hair sites and forums of the past). Followed up with countless videos aimed to keep the conversation thriving, Tracee was able to help thousands find and embrace the beauty within.

Although Ross doesn’t want us to have her hair, we can take a few pointers from her routine, which she shared with hair guru heyFran.