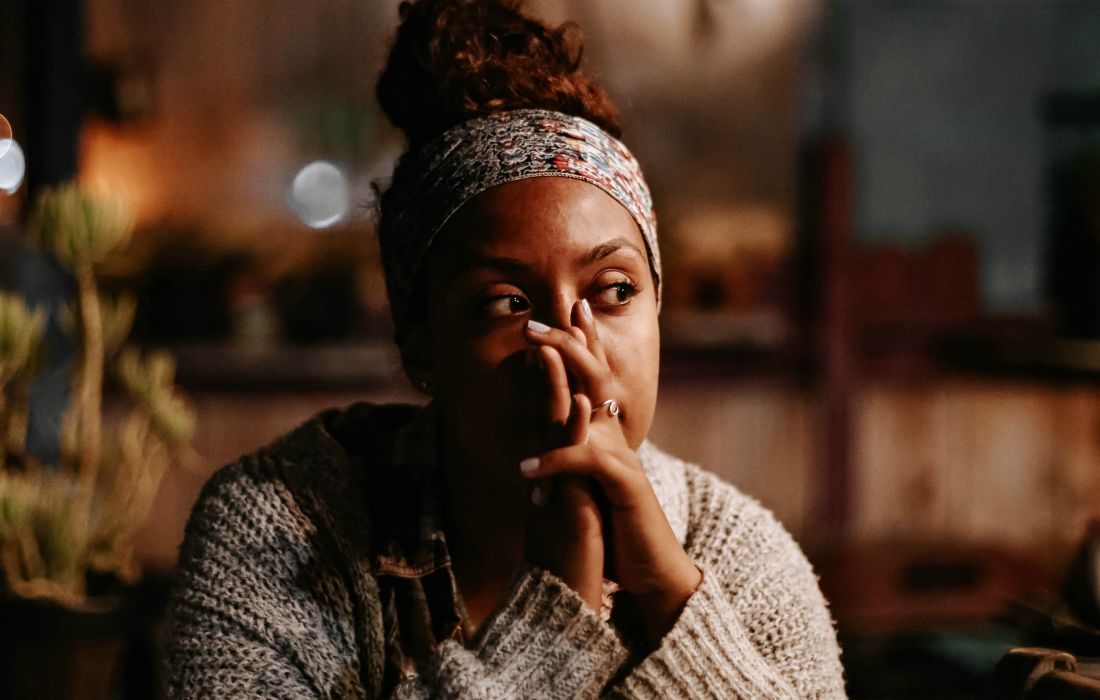 I was 30,000 feet in the sky on a private plane surrounded by white men old enough to be my dad when it hit me: this table wasn’t made for me, but I snatched a seat for myself anyway. For the first time in my life I was actually proud of my accomplishments and even though it was a fleeting moment, it was perfect. I had just flown to another country and worked alongside high-level people in the federal world. I was one of the only faces of color in a room dominated by white men. I held my head high, did my job perfectly and never missed a beat, but the whole time I kept thinking I didn’t deserve to be there and that I somehow tricked them into thinking I knew what I was doing.

It’s a common theme in my life. I could list out my “accomplishments”–I use quotes because I really have a hard time saying I’m “accomplished.” I attended a very reputable college, graduated with a solid GPA, attended a notable graduate school and secured a fairly lucrative job in journalism in Washington DC, one of the more competitive markets to get into. I spent eight years growing my skills, learning the business. I’d “made it” but I felt like it was all a lie.

Then one day my husband says, “We’re moving to Italy.” Honestly, I was ecstatic. I was growing tired of my job (career?). I was constantly stressed, didn’t sleep well and just needed a break. (Eight years of feeling like a fraud will wear you out.) Italy was supposed to be my introduction to housewife life, but two months in and I was BORED. I found I don’t like doing the dishes, laundry and cooking. I prefer to pay someone to do that or make my husband do it (lol). Don’t get me wrong, I’ll clean and cook with the best of them but doing that every day, day in day out, for the foreseeable future? Nah, hard pass. On a whim I applied for a federal job, thinking I surely wouldn’t get it. I did.

I honestly had no idea how high-level the job was until I started.  Before I knew it I was in meetings and making decisions that would play out on TV the next day. Wild. Before long those familiar nagging feelings began to reappear. On paper I might read like a rockstar but deep down I feel like a 12 yr old playing pretend. Imposter syndrome is REAL.

The American Psychological Association calls imposter syndrome a form of intellectual self-doubt, often coupled with anxiety or depression (check andddd check – therapy works!). Imposter syndrome also disproportionately affects women more than men, and one can only guess how much higher that number is for women of color. The APA suggests one major reason for imposter syndrome is the pressure to achieve and talking about it is hard. Nearly every time I start talking about it I feel like I come off as fishing for compliments or I get a dismissive “oh please, of course you’re successful,” none of which help.

I’ll never forget watching an episode of Scandal (probably season one or two) and Kerry Washington said you have to work 10 times as hard to get what they (white men) do. It’s something women of color have been talking about for decades, but what happens when you finally get there and you feel completely undeserving? We do have to work harder, but we also have to believe in ourselves and have the guts to say I deserve it. I’m failing on that last part.

I’ve tried expressing these feelings to my therapist, who is a wonderful wonderful woman, but at the end of the day she’s white and doesn’t quite get it.

I’ve tried to combat the feelings of being a fraud. I’ve tried positive self talk, affirmations, vent sessions with my best friend and husband and they work for a little bit. I’ve tried expressing these feelings to my therapist, who is a wonderful wonderful woman, but at the end of the day she’s white and doesn’t quite get it. Some days I rationalize it saying everyone feels this way, other days the feeling is so crippling I can barely make it through the day without having a panic attack. The only thing that gets me through is choosing to be kind to myself and say sh*t happens even when I feel like any moment they’ll pull back the curtain and expose me.

I wish I could say that almost a decade of work in my field has made me more confident and put my impostor syndrome to bed, but it hasn’t. It’s a constant evolution; I’m constantly learning and adapting to combat it and some days, I fail and other days I feel like the kick ass professional of my dreams (you win some you lose some). I also can’t sit here and say there’s a one-size-fits-all cure, because I’ve tried it all and everyone’s different. But I will say, that moment on the plane, sitting in one of the smallest (and noisiest) planes I’ve ever been in, I found peace and pride in my work and myself. It hit me out of nowhere, but if you ever get that brief moment of clarity, that moment when you feel you finally found yourself and your seat at the table, remember it, revel in it, drink it in, it will keep you sane for the next wave of doubts that will inevitably come.

What It Was Like Getting My Second COVID Shot

My Relationship With Therapy #BlackMentalHealth