Remember the tour de force that was Lupita N’yongo when she made her rounds on several red carpets back in 2014? Larry Sims was the stylist behind N’yongo’s ever-changing ‘do, and he continues to leave his mark on the locks of many Hollywood starlets–Gabrielle Union, Mary J Blige, Naomie Harris just to name a few. He’s also the go-to celebrity stylist for hair brand Smooth ‘N Shine who we’ve partnered with to bring you Hairties, a message from this generation to the next, which takes a look at where we’ve been and where we’re going when it comes to our hair. As a result of the project we had the chance to chat with Larry about his own #hairties, becoming a hairstylist and what he thinks the future looks like for Black hair.

What It Takes to Become a Successful Hairstylist

What made you decide to become a hairstylist?

I was always sort of a secret ‘hair guy.’ But I learned a lot about hair at a very young age. I had a dance career for years and [knowing] you can’t dance for forever, I wanted to tap into the next best thing that I was passionate about and that was hair. I would dance for people like Missy Elliot and 3LW and a lot of other people, and would end up being their hairstylist as well on the road. So I decided to take it seriously and I went to cosmetology school, came back out to LA and started grinding from the bottom up, and the rest is history.

I went to cosmetology school in 2002 and I didn’t really sink head first into pursuing a hairstyling career until 2005. And it probably was around 2007 when I got the opportunity to work with Victoria Beckham, when she was rocking the bob. That was by way of Ken Pavés who gave me the opportunity to work with her. People started calling after that and the phone calls haven’t stopped. Thank God.

Who have been some of your biggest influences (aka #Hairties) throughout your ‘hair history’?

Prior to me becoming a hairstylist I was a fan of Oscar James. His work has been nothing short of amazing and beautiful and inspiring. Me and Oscar are friends, actually, today. Prior to me meeting him I was just a fan.  One of my mentors, Johnny Wright (he’s the former first lady’s hairstylist) has been an inspiration to me and we’ve been great friends for many years. I started working with him from the very beginning in cosmetology school, before he worked with Michelle Obama. So, Oscar James, Ken Pavés, Johnny Wright [have been big influences]… oh and Kim Kimble also. Kim and I have never worked with each other. We have some of the same clients, but prior to me becoming a hairstylist I always admired her work.

What’s one of the most important things you learned from your #Hairtie(s)?

The Effect of the Natural Hair Movement on the Hairstyling Industry

There’s a big change that’s been happening for a while now in Black hair with more women going natural. Does this change affect the hairstyling industry? If so, how?

I think just in general more people are health conscious now so more than they were before—from their bodies, to how they take care of their skin, nails, hair; people are living longer. People want to make sure that they take care of themselves inside out. Chemicals, relaxers… they’re not on trend for the healthy living [approach] people are incorporating in their lives. And for me in particular, I’ve just seen healthier hair in all of my clients. Probably 99% of my clients are natural. I haven’t personally given a relaxer or chemical treatment outside of color in years. And with that I’ve seen great amounts of growth and thickness in hair among my clients. Their hair has more versatility in terms of being able to rock both textures and have them both be fly and dope.

I think that everybody’s going to be natural. Relaxers are definitely going to be a thing of the past.

During your career as a stylist have you seen other major changes in your industry?

People are not really afraid to get really edgy deconstructed  haircuts. Coming up, I remember hair was always approached with the finish needing to be perfect, every strand had to be in place, the symmetry of every curl needed to be the same. But one thing that I’ve noticed in the evolution of hair is people aren’t as ‘stick straight’ anymore. Nobody wants perfect hair. Texture is a big thing these days. Hair that’s lived in is a thing these days. People are going edgier and cooler in terms of their finishes. There’s been an evolution of what’s beautiful. For a long time we used to only think that long hair is beautiful but now we’re seeing a shift in that. We’re seeing that that short, funky braided bob is beautiful… I think that [perceptions] have definitely evolved in terms of what is pretty and what is not.

What does the future look like when it comes to Black hair?

I think that everybody’s going to be natural. Relaxers are definitely going to be a thing of the past. I think that we’re going to incorporate more dynamic ways of having the versatility of short hair one day, long hair the next. Our evolution of wigs, of lace fronts, we’re going to keep evolving in that space. I think that people are going to find ways to use extensions. People have said to me, I created a wave of creativity when Lupita [Nyongo] had really short hair and we were doing everything under the sun on that patch of hair. And that really broadened horizons, showing that even with the shortest amounts of hair people can create really dope styles that don’t damage their hair and are versatile. Color! Color, also, people are playing with crazy colors and I’m loving it.

Healthy Hair Even With Chemicals

The natural hair movement has made more and more women aware of the damage chemicals might have on your hair. But natural hair (even though it’s natural) is not necessarily for everyone. Are there ways to keep your hair healthy while also using chemical treatments?

A lot of our hair can’t handle bleaching along with a relaxer. When you use harsh chemicals it breaks down the cuticle and the hair is just not as strong. And it can’t endure as much. So if you do opt for a relaxer, it’s not like you’re the antichrist, it’s just that you’ve decided that that’s the best way to maintain your hair. So you have to make sure you use treatments in your hair, and put keratin back into your hair follicles — whether that’s keratin treatments, conditioning treatments, products with keratin in them. And also using heat protectant (that’s for all hair, not just relaxed hair), and not putting heat on your hair on a daily basis.

If you had a message to send to the next generation of brown girls about their hair, what would it be?

Don’t be afraid to live your truth. Be unapologetic, be bold, be loud and stand your ground in terms of how you want to rock you. 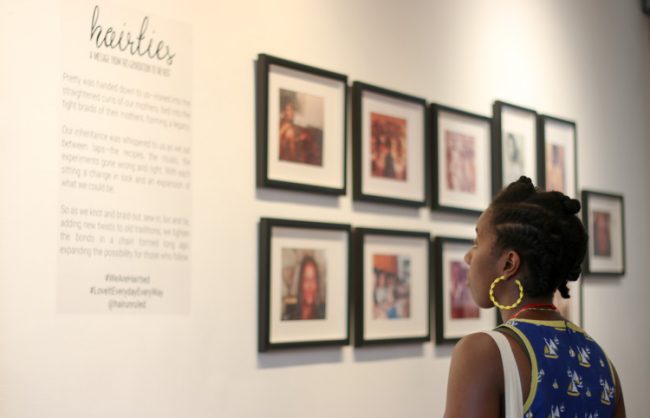 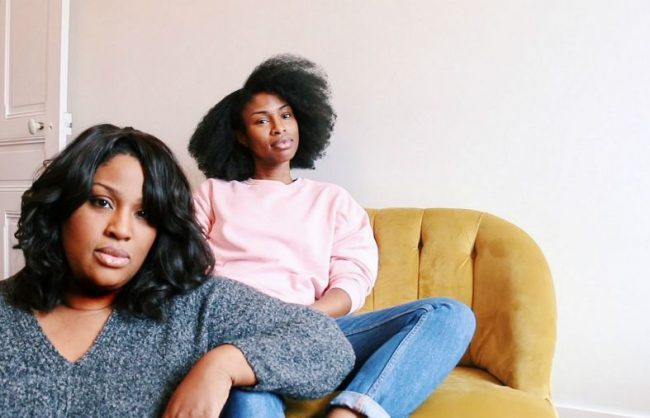 Why We Launched Yeluchi, an At-Home Hairstyling Service