The gliterati came out last night for the annual Met Gala held at the Metropolitan Museum Of Art in New York. This year’s theme, White Tie and Decorations, was much less edgy than last year’s as the museum celebrated the opening of its show dedicated to couturier Charles James. Here are the looks that caught our eye.

fashion: the models had it

Before we talk about hair we must touch on fashion. As far as the best ensembles go, the models had it. Cara Delevingne stood out in Stella McCartney with white cigarette pants and a midriff baring top, while Rosie Huntington Whitely channeled her inner gladiator with a mix of leather and leopard by Balmain, which was probably more suited for last year’s event but was nevertheless a formidable look.

Models Liu Wen and Karolina Korková both wore giant structured gowns by Zac Posen and Marchesa respectively, both with super geometric silhouettes. Wen’s gown was reminiscent of the piping outside the Pompidou museum in Paris.

the hair that was there

All the pretty little birds flocking down the red carpet definitely gave us a lot to feast our eyes on.

Actress Marion Cotillard and singer Rihanna both had fun with the shape of their hair. Cotillard kept things sleek and neat but added a drop of drama with a heavy flipped swoop. While Rihanna contrasted her sleek Stella McCartney shoulder-padded look with a messy high pony tail.

a break from the norm

Pop star Beyoncé and singer Rita Ora both made subtle hair statements with accessories. Beyoncé decorated her pulled back hair with a beaded black veil à la her Partition music video, while Ora decked her side part in gold.

There were lots of braids to go around last night in all shapes and sizes.  Model and Yoncé girl Joan Smalls kept things simple with a side fishtail braid. She kept her overall color palette muted but gave us a pop of purple on her lips.

Gabrielle Union kept her hair up in a milkmaid/goddess braid. Like Delevingne, Rihanna and many more, she too sported the bare midriff trend but somehow the look just didn’t work.

Janelle Monae, the queen of the pompadour modified her look a bit with a thick long braid that crowned her forehead and rested on her shoulder.

Actress Joy Bryant was a little casual for the event but we were happy to see her rocking box braids on the red carpet!

Finally, like at any other red carpet event, there were those who pushed the envelope. Actress Brie Larson blinged herself out in a Prada pant look, but the bantu-looking knot atop her head was of course what caught our eye.

Meanwhile, singer Erykah Badu gave both Smokey the Bear and Pharell Williams a run for their money in her mile high Givenchy hat.

Nicole Ritchie was able to rock purple hair without seeming too “look-at-me.” However, her hair look wasn’t too different from what she sported last year.

On the other hand, everyone’s favorite red carpet darling flopped in a flapper-esque look that just seemed too try-hard. We loved that she played with her hair color with a purple tint, which we haven’t seen her do before. (Check out Lupita’s Hair Story). But the asymmetry of her ‘fro, plus the beads, and the netting and headband all seemed too much. Better luck next time.

Join the convo. Which looks are your favs? 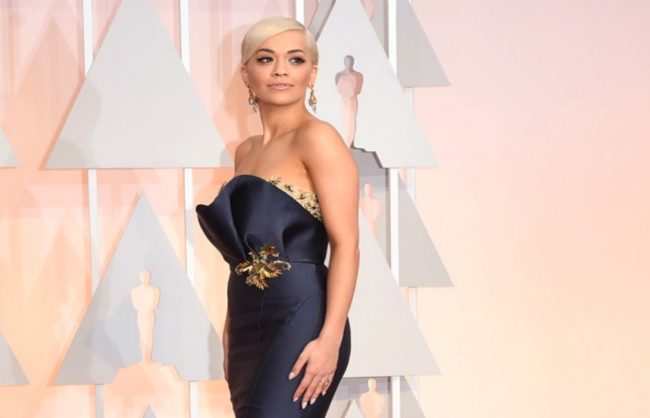 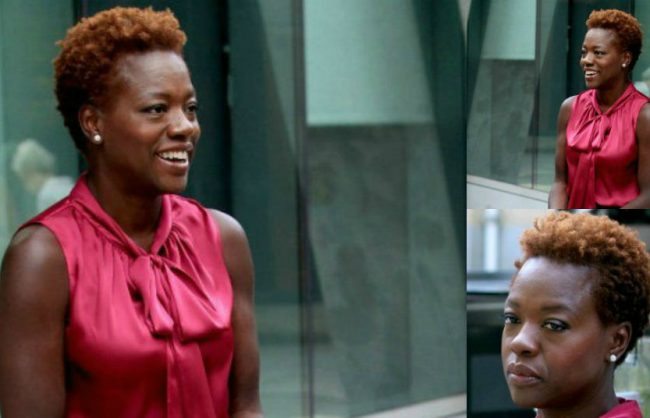