As freely as we like to express ourselves through our clothing and appearance in general, a change in weather can constrain our options.  Such is the case in Fall, when light coats come out and naked legs, arms and backs are covered up.  But don’t think of Fall as the end of baring it all; think of it as a time to let something other than skin take center stage.  We took a look at the haute couture runways in Paris to see what trends are in store this season.

The fashion and the moods were indeed austere with hints of Victorian conservatism. But flesh did make a few appearances in a sort of sneaked-in way.  As for the hair, the hair was barely there.  This Fall, as dictated by high fashion’s crème de la crème, calls for out-of-the way hair.  Hair off the shoulders.  Hair off the face.

Models at the Dior 2013 Fall couture show wore pristine looks.  Makeup was muted, while hair was shiny and sleek, allowing the drama of this royal blue off-the-shoulder to really resonate.  Fun accents like black and white polka dot gloves and a bedazzled bottom lip lightened the mood. A clean look like this is easily achieved with straightened hair and a pony tail or low bun.

We saw a similar hair/neckline concept at the Viktor & Rolf show where asymmetrical space-age dresses trotted down the runway.  Hair was pulled all the way up into a simple top-knot, leaving room to display a subtly distinct neckline.

As we leave Dior and Viktor & Rolf, we find ourselves in more avant guarde territory at Jean Paul Gaultier, where the hair is not only pulled up, but caged as some sort of protected jewel.  The look is both regal and ethereal.  Although the head-to-knee bling is sure to get one’s attention, it’s actually the face peaking out of its lace cutout that catches the eye.   A similar effect can be achieved by wearing a scarf tied under your chin, à la Whitney Houston in The Body Guard.

Gaultier sticks with avant gaurde headgear with this slanted cone-like number, hair still tucked away, this time to keep it from interfering with the flashy furry high collard coat.

We find another geometric hat, this time at Chanel, where the line was described as traditional yet futuristic.  We see signature Chanel suits but with boxier lines, cutouts and higher hemlines.  Chanel designer, Karl Lagerfield, cited Grace Jones as the inspiration for the high boxy hair and severe eyebrows the models sported.

Things got a little bit romantic and cheeky at the Ulyana Sergeenko show.  High collars, three-quarter length sleeves and below-the-knee hemlines create an apparently demure aesthete, but look again and you’ll see a faint trace of transperancy where the suns not supposed to shine.  This deceptively unassuming look is crowned with a little bit of sacrilege by way of a cross-bearing hair chain anointing the model’s head.  Hair jewelry is always an easy way to take things up notch.

Finally, at Zuhair Murad, the hair gets set free, just a little bit, with little wisps of hair decorating the model’s face.  It’s part of an overall romantic look created by a body hugging evening gown, that (like the hair) is literally a little rough around the edges but has the ultimate effect of creating a look of little effort. 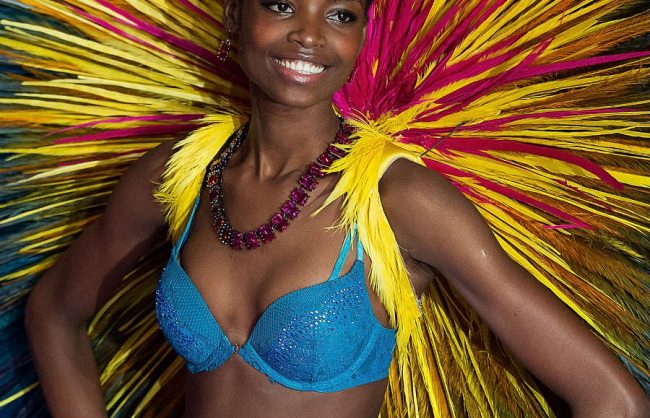 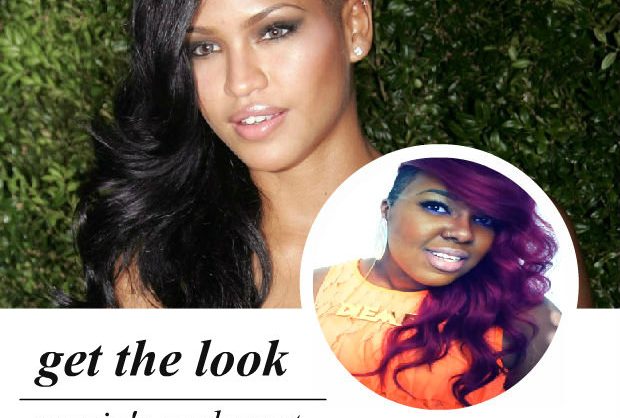 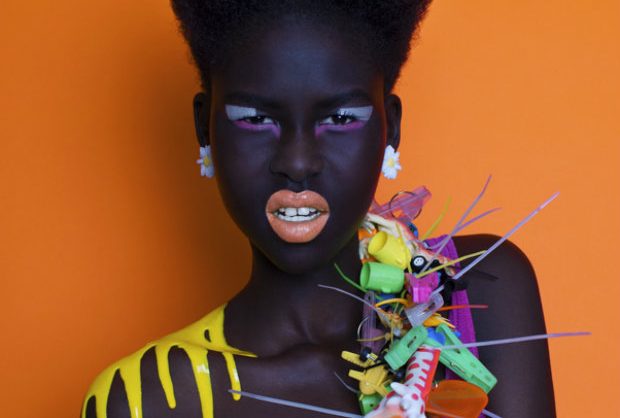