Short hair, particularly for Black women, is a loaded topic. And when it comes to cutting it, the experience and process are often more emotional than anticipated. I’ve shared my hair story before, and underwent the “big chop” back in 2009 after being inspired by Solange. What I didn’t anticipate was the alienating experience of “getting used to” my God-given texture and new length. If I knew then what I know now, the process would have been more intentional, exploratory and fun.

Case in point? Last summer I had a blast playing with color—I rocked everything from rose pink to lavender to platinum blonde and even deep navy. It was a much-needed self-expression phase that reminded me that ultimately, hair is supposed to be fun. Whether you are considering going shorter or looking for inspiration, I interviewed nine real women about their journey toward loving, accepting, and styling their new, shorter lengths.

Now get inspired by these powerful women’s short hair journeys.

My Confidence is Not Based on Male Interest in my Looks 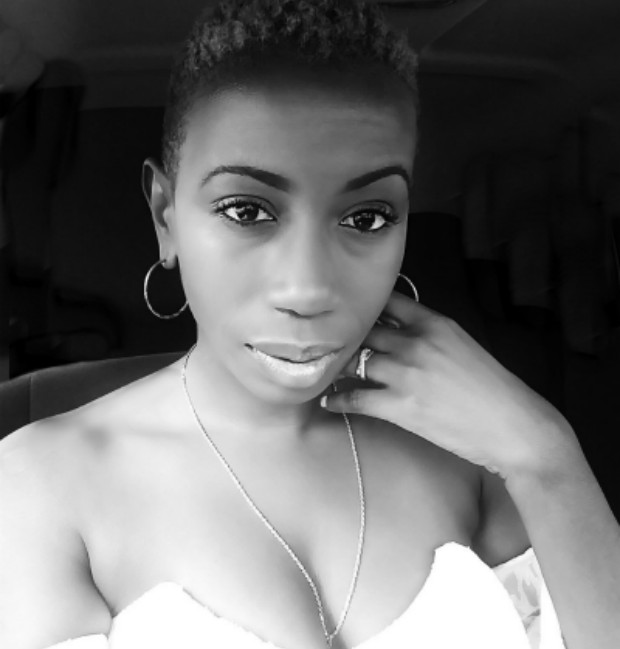 On going natural: I never sought out the ‘natural hair journey.’ I really just wanted something different. I have been saying I was going to cut my hair like this since 2014, and a couple weeks ago my friends and I went to a block party in Hyde Park. They saw a barber and said ‘If you don’t do it now, you aint gone do it!’ So we looked at his Instagram page, saw he was dope (shout out to @illustrious_cuts) and I let him cut my boob length hair off in the middle of the street in front of a crowd on a whim. I would definitely (well, probably) do it again because it has turned out to be a journey teaching me the true meaning of self love.

On adjusting: I still am not ‘used’ to it. Every time I look in the mirror I’m like ‘Harpo, who dis woman?’ When I initially cut it I wasn’t sold on the look, but I LOVED the freedom of being able to take a shower and let the water run through my scalp. Adding color has definitely sold me now.

On feeling confident: Since cutting my hair, my confidence has dropped a little because the type of guys I am typically attracted to don’t pay me NO mind when I’m out anymore. But I’ve had to do some self-evaluation to remind myself that my confidence is not based on male interest in my looks! And those people who do approach me seem to be enamored with my facial features, which is definitely an ego boost.

‘This is a grown woman haircut.’ It can be intimidating to men, but at least you know you are weeding out the f-boys!’

I couldn’t have said it better myself. I am much more than my looks, and being bald has forced me to pay even more attention to who I am on the inside, because that’s what’s most important anyway.

Everything About You, Your Face and Even Your Body are Exposed 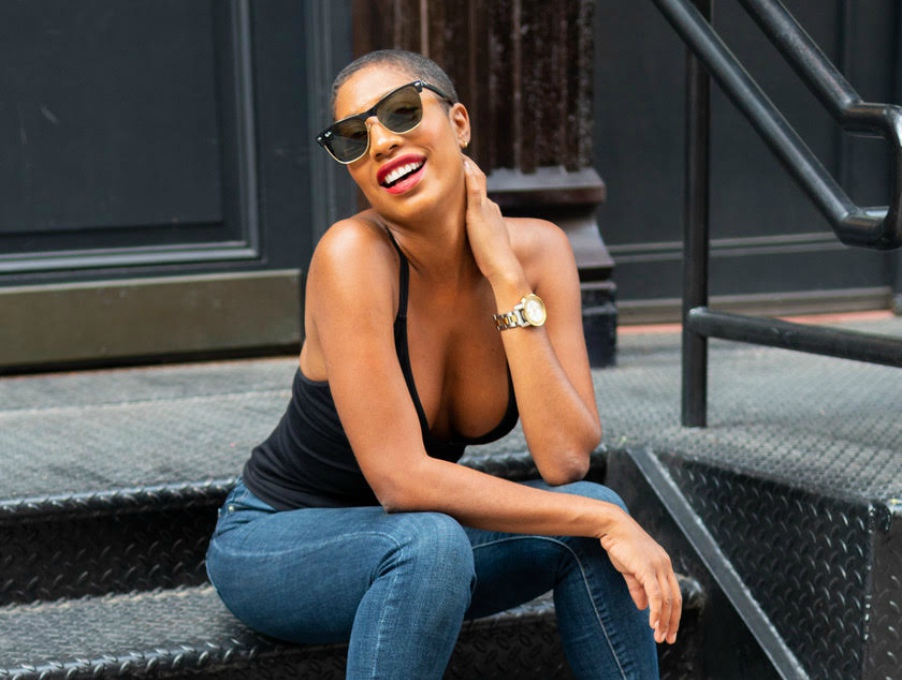 On shaving her head: The first time I shaved my head was in high school. It was an accident with a pair of clippers. I was trying to give my Halle Berry pixie a line-up and it went south. But I just rolled with it. After all, it was the 90’s and everyone had a short cut. [Recently], I wanted a fresh start. I was under stress and wanted to let go of something. So much energy and time are tied up in the preoccupation with our hair, so I was ready to let it go.

On the change: A haircut, rather, a buzz cut is a big change. Everything about you, your face and even your body are exposed. It’s raw and beautiful, and you get the opportunity to get reacquainted with yourself inside and out. Just remember to pack sunscreen and sunglasses. You are not your hair. Let it go! There is beauty in taking it off.

I Had Previously Been Hiding Behind My Long Hair 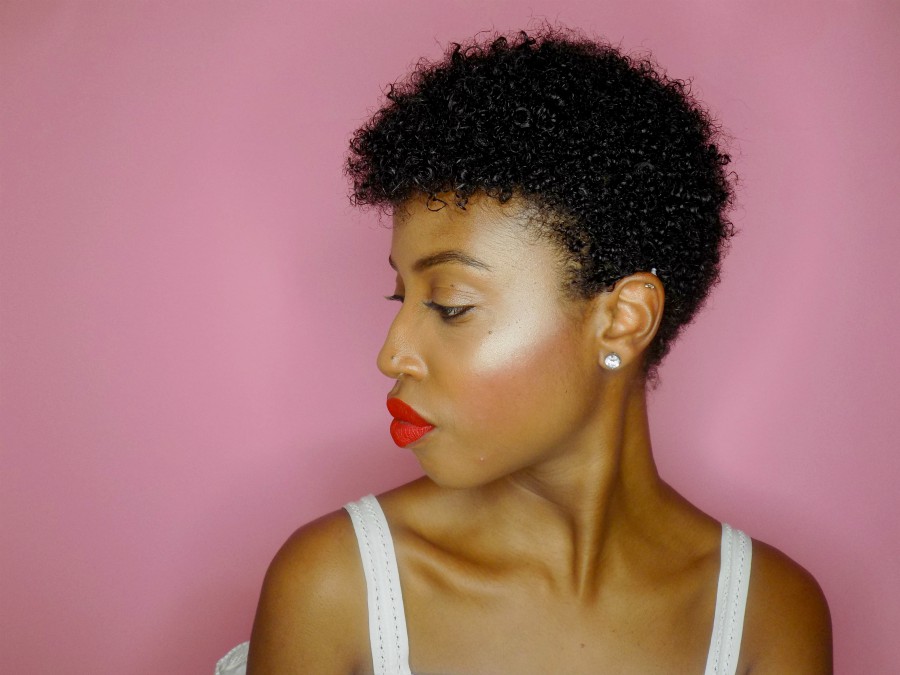 On her natural hair journey: I started my natural hair journey last year, upon doing so I knew I’d eventually do the big chop at some point. Some people transition throughout the process of going natural and trim along the way until all the relaxed ends are gone. However, I thought it would be best to get to know my natural texture, learn what products/styles work for it as opposed to one day having a head of curls I had no idea how to manipulate. I was wearing my hair in a rod sets to help blend the two textures, but I wanted to work with the real thing. I also underwent a lot of changes emotionally and spiritually last year, so it was also my way of shedding some of those old stressors and burdens I’d held onto for so long.

On the challenges: …in all honesty, I miss being able to get up and go, even if my hair wasn’t looking that great. Even being able to just throw it into a bun. In the process I surprisingly didn’t feel anything, it was after a few days I started to get a bit more anxious about it. I was pretty much re-learning how to do my hair. I had a particular look in mind and it just wasn’t coming out that way. Also, you could really see my face —I didn’t realize that I had previously been hiding behind my long hair. So, it definitely became part of my self-love journey, growing to be used to and happy with this new look.

Too Often Women Develop an Emotional Attachment to Their Hair 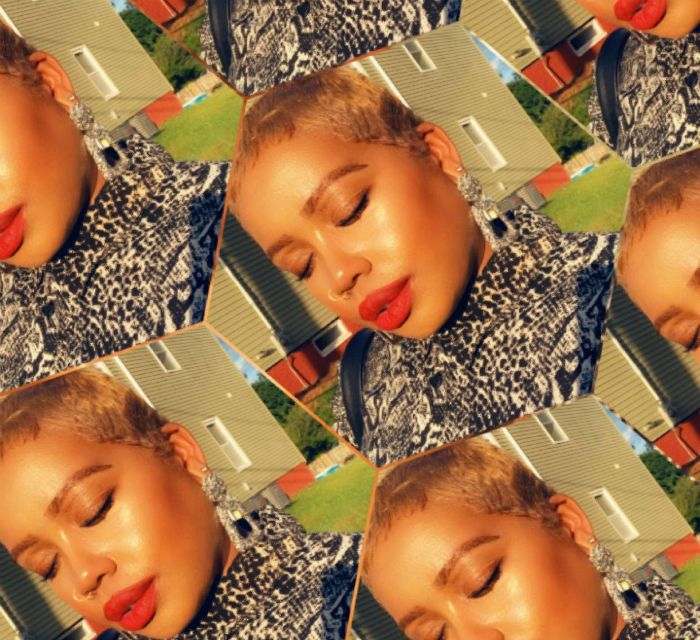 On cutting her hair: The first time I cut my hair was back in 2006 when Kelis debut her ‘Bossy’ video, I decided I wanted the same look. It took some time getting used to because I had never cut my hair that short. Then about four years ago, I did the big chop but I wasn’t comfortable wearing my hair out and wasn’t sure on how to manage my curl pattern. I was having to deal with three different patterns, so I relied on protective styles and wigs and weaves. Then the day before the Fourth of July, I woke up and decided that I would cut my fro off and start over.

On what worried her: Too often I think that women develop an emotional attachment to their hair and that attachment can become unhealthy in ways that we don’t often think about. I was always so fearful that I wouldn’t look as attractive without my hair or that I wouldn’t be good enough without a head full of hair. But after taking the scissors to my hair and looking at it lay on the floor…

I felt like an actual weight had been lifted off of my shoulders. I felt so free, so beautiful, so me! 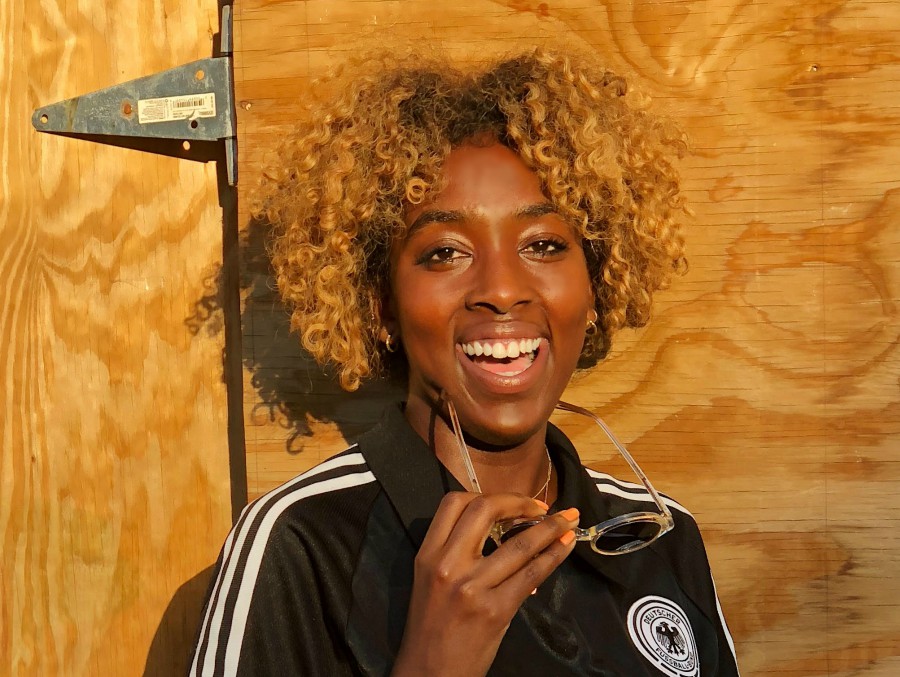 On going short: This is the first time I’ve cut my hair so short. A few months ago, I cut off a few inches and my hair was a little above my shoulders and then a few weeks ago I really went for it. My hair is now right at my ears and I’m totally obsessed. I really don’t know why it took me so long to go for it. I think I was just looking to shake up things in my beauty routine.

I hate to be cliché, but India Arie’s ‘I Am Not My Hair’ comes to mind. We’ve been socialized from a very young age to put a lot of emphasis and importance on our looks and hair as young Black women, which is unfortunate. So it can take a really long time to undo those messages/thoughts. Beauty is meant to be fun and a form of self-expression, and if you’re not ready to go for a big chop, maybe try a new lipstick or eyeliner color to see how you look with different looks.

Look out for part 2 to read about more short hair chronicles from real women like you.