This story might be one to add to the realm of urban legends: a friend of a friend was a little down on her luck with love and money. In an effort to troubleshoot the easiest issue first, my friend suggested, “maybe you can get a job as a nanny,” to which Debbie Downer responded, “I don’t want to be a nanny; I want to have a nanny!” Subsequently, she purchased a relationship book called The Rules and followed the book’s dating advice to the T. Six months later, she was engaged to the handsome wealthy man of her dreams. She’s now (presumably) happily married with two kids… and a nanny.

It’s taken me a while to face the fact that there are rules of engagement one must follow to properly attract and trap… I mean keep… a partner. For a long time I acknowledged them but met them with resistance. I’d hear the usual, “don’t kiss on the first date;” “wait at least two days to return his call;” “don’t give it up too easily.” When I was younger, I would adhere to some of these guidelines but always netted out feeling, “It’s all too much. I don’t want to play games. I want to be honest about how I feel and let a relationship unfold naturally.” So, years later, when I finally read Not your Mother’s Rules: The New Secrets for Dating, a follow-up to The Rules, I was ready to roll my eyes before even cracking open its digital cover.

The book was immediately hard to take seriously because the writing and structure was a little elementary and repetitive (but I guess dating advice has to be drilled into the receiver’s head). It was a little salesy—the writers seemed to be selling their consulting services. And the book seemed to imply that most women were lowly desperate creatures. This particular version is about dating in the digital age, so it covers things like how to handle online dating, Facebooking, Tweeting and texting; they even included a handy little “Text-Back Times” table, which outlines how long you should wait before responding to a text, depending on how old you are. For example, if you are in the 18-22 age range, you should wait 30 min to an hour to respond to a guy’s text. If you’re older than 31, you should wait at least 3 hours! My thought: these chicks are cray. And it doesn’t stop there.

There are a total of 31 rules in the book and they are each explained in detail with real-life anecdotes sprinkled in. Skimming the table of contents alone, and seeing so many Don’ts, it’s easy to wonder, is there anything left to do when it comes to dating? The fact is, not really. The Rules require you to be a passive participant in the dating game, which, for someone like me who never likes to sit and wait for things to magically happen, is pretty hard to do. The Rules also seem a bit conniving and a way of forcing a relationship as opposed to letting one just bloom. But although The Rules seem unnatural, they’re based on a somewhat natural principle: things that are scarce have more value—the scarcity principle. When you’re easy to get or you don’t allow a pursuit at all, there’s very little thrill for the would-be pursuer. If you’re always available or accessible, spending time with you has little value because it’s something that can be acquired on demand. The Rules are essentially telling women to play hard to get both at the outset of and during a relationship. That’s nothing new.

Playing hard to get works. It’s worked on me and for me. But it bothers me because sometimes I just can’t be bothered with it, but mostly because it creates an artificial scarcity, which begs the question: How can you build something real with someone if it’s based on something fake? How do you get past the lack of authenticity that’s innate in calculating your every step, like purposely waiting 2 hours to respond to a text message?

For me being unavailable comes easy, especially this year. I’ve been busy launching a new venture and settling down into a new country. So, inevitably, it hit me: if you’re actually unavailable, you don’t have to pretend you’re unavailable. Love and companionship is a basic human need and the desire for it is something we can’t fight. But it’s only one component of a complete and full life. We have basic survival and security needs to take care of, as well as needs to be stimulated and to achieve and self-actualize. These aspects of our lives are where we really need to be active. Fill your life with the things you need and the things you love and you’ll have little time to worry about whether or not someone’s going to return your call. Do it to be preoccupied and stimulated. But also do it because it’s something you have to do whether or not you’re in a relationship or looking for one.

I’ve taken this approach. I’ve focused on pursuing the things I love versus pursuing love because love is something you really just can’t control. It usually happens when you don’t expect it, with someone you didn’t expect. The nice thing about pursuing the things you love is the pursuit usually takes you to places and encounters you wouldn’t have otherwise imagined. For example, I moved to Paris because I really wanted to learn French and I launched un’ruly because I’ve wanted my own business since I was eight years old. Lo and behold, about three months into my big move and launch, I met a guy, a pretty remarkable one too. I’ve also been challenged emotionally and professionally, which has brought out skills and qualities in me I didn’t know I had, further building my confidence and self-content and thus making me a nicer person to be around. It’s been a win-win-win.

Not Your Mother’s Rules is no pulitzer but it’s a fun read and there are some golden nuggets of advice in its pages. I, however, would like to re-write the rules to just two:

Rule #1 comes from the Holstee Manifesto, which, on its own, is a marvelous creed to live by. I love this command because if you follow it, everything else falls into place. There’s no better way to be happy and honor who you are than to do the things you love. It helps evolve you and build your self-esteem, which helps you to really be a creature like no other (the original Rule #1).

Rule #2 is the hardest one and it’s where the work comes in. A wise friend of mine once said, patience is not necessarily an innate trait some people just have, it’s a quality that’s thrust upon you. Often times, when you’re waiting for or working for something you have no choice but to be patient. To be patient in the context of dating, means recognizing yourself for the catch that you are and knowing that there’s no way a catch like you won’t eventually get caught. Being patient is also a consequence of not being willing to settle. I’ve had three relationships ever, each with many years in between. But each one set the bar higher for the next. It’s now practically impossible for me to accept anything less than what I’ve experienced. Plus, ultimately, you can refer to rule #1 to tackle #2. There’s nothing better than being preoccupied with other things to take your mind off of something you’re waiting for.

With these two new rules, pretense is eliminated and room is made for an authentic meaningful connection. But more importantly you give yourself a chance to be happy with just you, because as RuPaul so eloquently use to sign off his short-lived talk show, “Love yourself. If you can’t love yourself, how in the hell are you gonna love somebody else?” 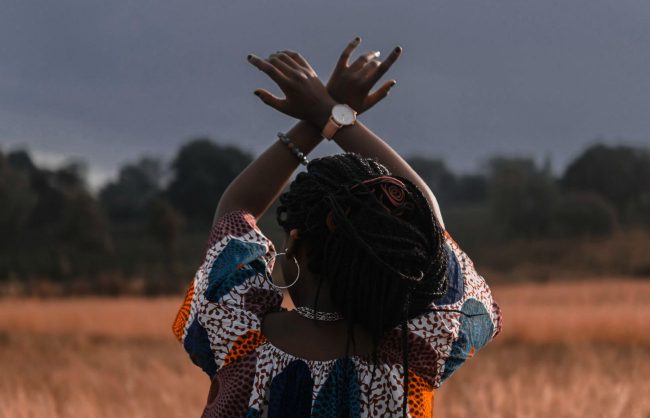 Does Love Only Belong to the Young?

A Sexologist Shares How We Can (Quite Literally) Love Ourselves 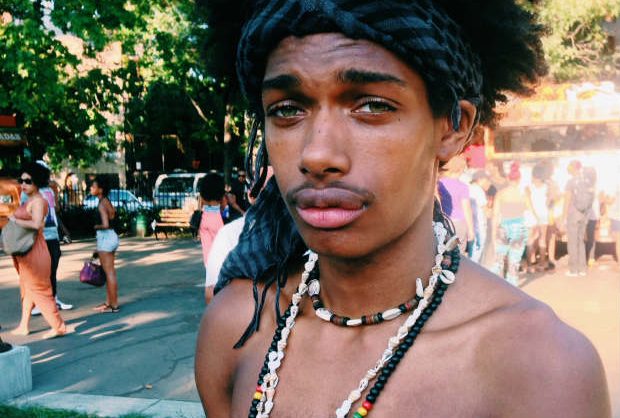